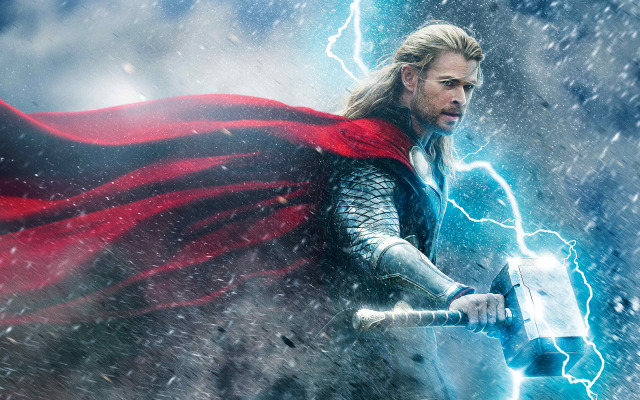 Ayala Malls Cinemas gives moviegoers the watch of their lifetime with their ongoing promo for the highly-anticipated action adventure “Thor: The Dark World.” 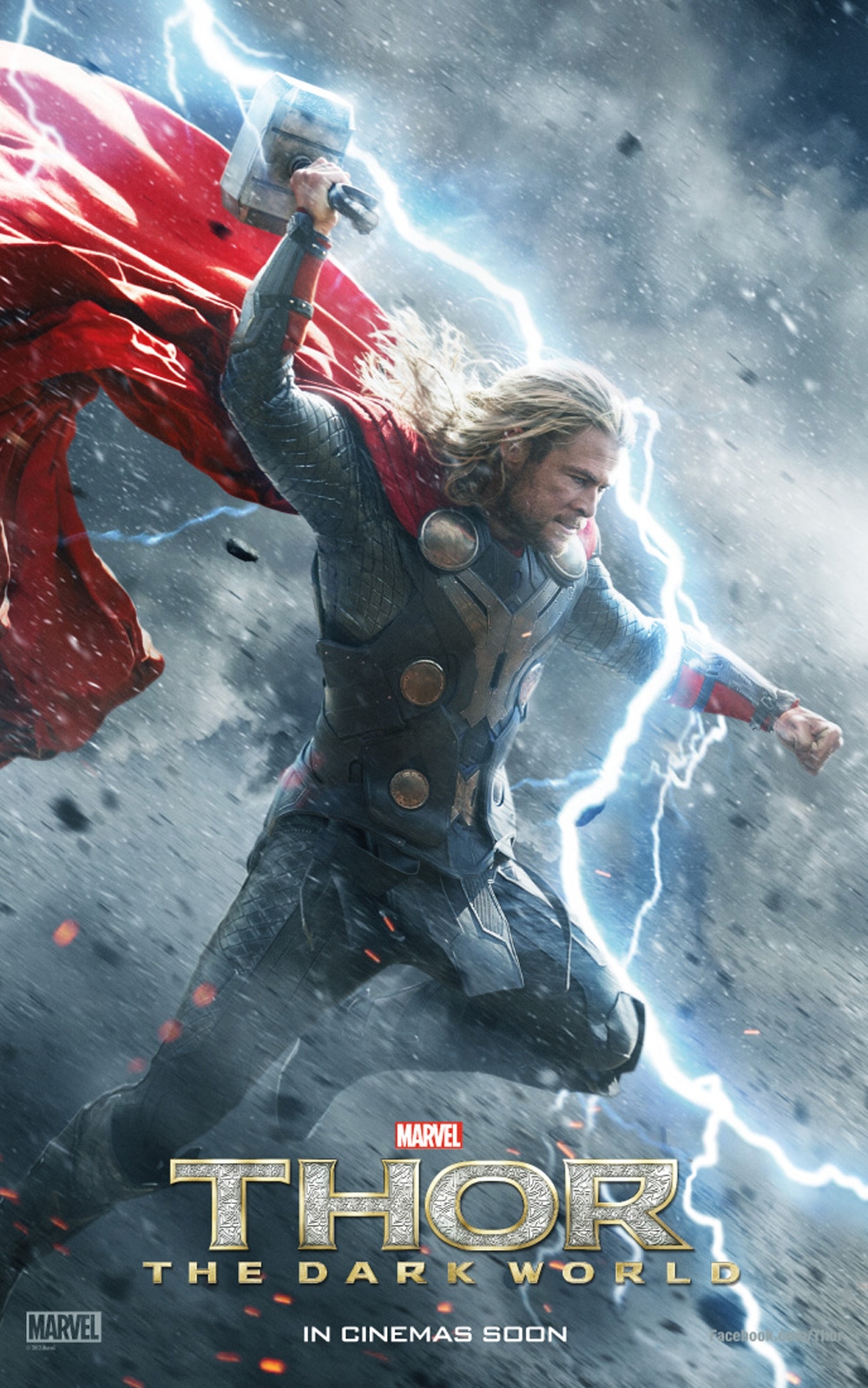 Log in to Ayala Malls Cinemas’ www.sureseats.com and check out their Twitter, Strike-A-Pose and Prize Surprize promo details to win special screening tickets and other premium collectible items from the movie.

From Marvel Studios comes the highly anticipated “Thor: The Dark World,” continuing the big-screen adventures of Thor, the Mighty Avenger, as he battles to save Earth and all the Nine Realms from a shadowy enemy that predates the universe itself. In the aftermath of Marvel’s “Thor” and “Marvel’s The Avengers,” Thor fights to restore order across the cosmos…but an ancient race led by the vengeful Malekith returns to plunge the universe back into darkness. To defeat an enemy that even Odin and Asgard cannot withstand, Thor sets upon his most dangerous and personal journey yet, forced into an alliance with the treacherous Loki to save not only his people and those he loves…but our universe itself.

Marvel’s “Thor: The Dark World” is directed by Alan Taylor from a story by Don Payne and Robert Rodat and a screenplay by Christopher L. Yost and Christopher Markus & Stephen McFeely and is produced by Kevin Feige, p.g.a. The executive producers are Louis D’Esposito, Victoria Alonso, Craig Kyle, Alan Fine, Nigel Gostelow and Stan Lee.

Check out the following promo only from Ayala Malls Cinemas and be a member of the most rewarding movie community – www.sureseats.com. 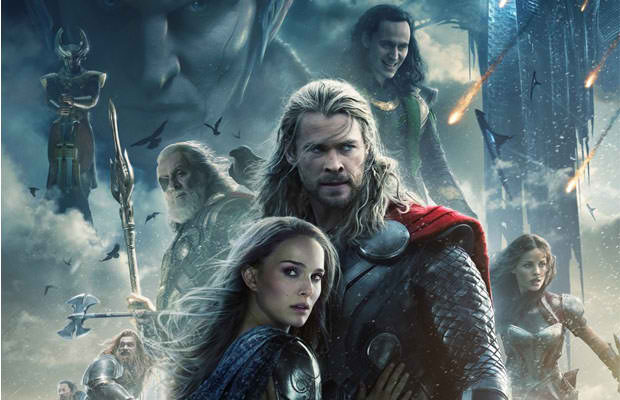 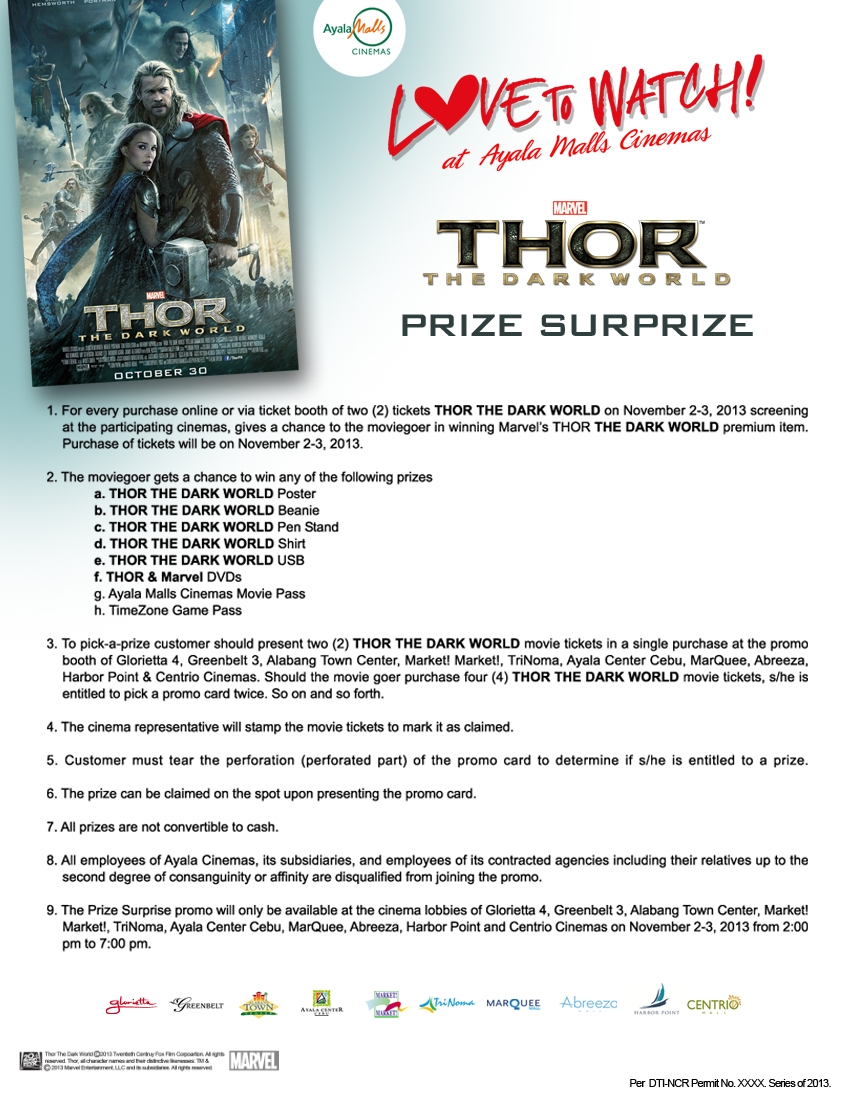 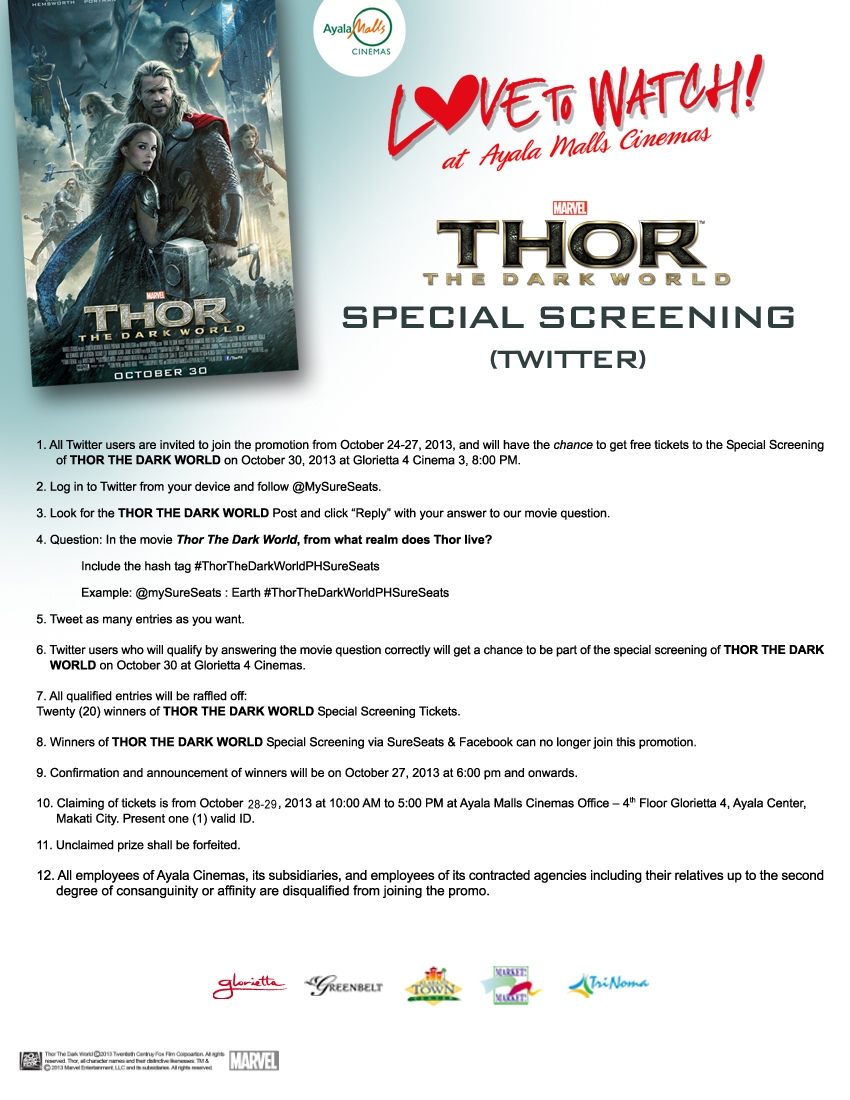