In preparation for the 78th Araw ng Dabaw, Davao Eagle Online is cooking an exciting project that would encourage the Davaoeños to share their experiences in exploring Davao, and show the world what makes a Davaoeño proud. To start with, DEO made an original song for the campaign in collaboration with SoundCloud Philippines – Davao.

Last night, February 7, 2015, the team met to talk about things and had a short rehearsal of the song. It was a successful one as the SCPH Davao gathered for their passion in music and to show their support to DEO’s ideals towards promoting the Davao Region. These musicians also showed their patriotism as the song aims to touch the heart of every listener and tell them why “Life is here” in Davao.

SoundCloud Philippines started from an audio platform online that music producers and sound creators use to upload and share their music for free. From there, a group of aspiring musicians and local artists was born. The group is composed of various local artists from different genres of music and levels of experience. Some are already making a mark in the music industry. Many are also performing professionally, while others are just starting to build a career through singing contests and the social media. Twenty five of them are from Davao.

The members from SoundCloud PH Davao Chapter are also making a noise in the mainstream music. Lara Borrega, a student from UM Tagum dominated in The Voice Combo Sing-Off Volume 2, Mindanao. Another Davao pride is Jezreel Dave Lacida, who also won in the same contest in 2014. Two of the members are Mans To and Eamarie Gilayo who are already performing at resto bars and local events in the city. Mans is also handled by AOCAI Davao, a local talent agency that helps in bringing Davao talents to fame; while Eamarie, a jazz enthusiast, was one of the lucky young singer-songwriters who were chosen to be part of the “Elements,” a national singing and songwriting music camp under Maestro Ryan Cayabyab in 2013. Chrisel Dela Cruz from San Pedro College Chorale also share the same interest with her. Another interesting artist is Christian Faunillan, a Talent Edge grand finalist. He qualified to represent the Philippines for the World Championship of Performing Arts (WCOPA) last year, but unfortunately, he wasn’t able to raise the fund he needed for his trip. Maybe he will make it in the next seasons. Why not?? Jade March Hipe and Damsel Dee Billaoac also spice up the team for being YouTube sensations.

To give you a taste of what the project is going to be, here’s a short teaser from our first rehearsal with SCPH Davao. 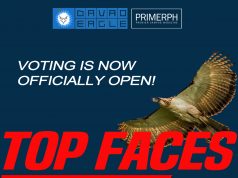