Forget the movies, forget the clubs and celebrate 78th Araw ng Dabaw in colors! Get ready to experience heart pumping beats, enchanting performances beyond imagination, splashes of colors and unforgettable moments with Raveolution Neon Utopia 2015 on March 14 at the Crocodile Park Concert Grounds.

Grab your tickets and party like you’ve never partied before! Here’s what to expect when you get to the first and biggest Neon Paint Festival in the Philippines.

1. Get soaked in neon paint. 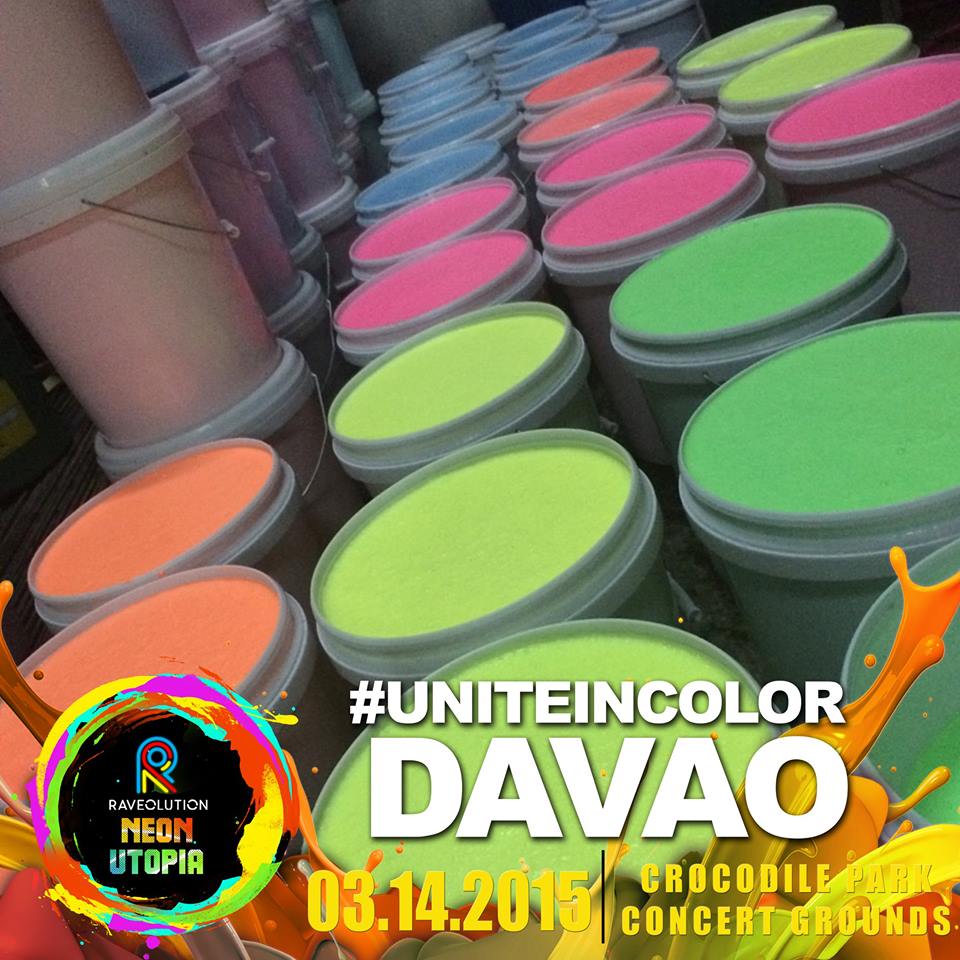 This is not your ordinary paint party. According to Raveolution Neon Utopia 2015 event page, at least 4,000 liters of neon paint and 6 canons lined up will be used for the entire show.

2. DJs are ready to give you a memorable night full of neon paint and beats.

Get ready to dance the night away and groove into freshest and hottest beats as the biggest DJs in the country are going to delight your ears, eyes and mind.

A pinch of Visual artistry. A dash of Music mastery. Heated up with battle style. Scientifically improving your nightlife, one rager at a time.

With a unique sense of style, music, and a penchant for throwing the sickest parties, it only made sense that the girls would continue to invade the country with the music they love, feeding on the flesh of the living…a metaphor, given that their energy comes from the audience whenever they play. AHer, their breakout tour in 2011, the the Z’s have played all over the Philippines and are ready to take over Asia… And next perhaps, the world.

While holding regular spots at Manila’s hippest clubs like Raven, URBN and HyVE, Marc Marasigan also manages to be a lawyer, entrepreneur, sneaker collector and proud father. This modern-day renaissance man can dish out the sickest beats and can carry a crowd on a sonic journey like no other.

Ron is the 2013 CLUB DJ of the Year, part of Style Entertainment DJ/ Pioneer DJ / Cuervo DJ / Beat Project MNL DJ, /MAGIC 89.9 DJ is dubbed as the most creative EDM/Open Format DJ in the metro. Also nominated CLUB DJ of the year 2011 and 2012 he electrifies the crowd with his infectious beats. Be there when he weaves his Musical Magical Spell!

Kat DJ is the GSM Blue Mix Master (2011) and Manila Mix Off Champion (2012), and has opened for international acts like David Guetta, Alesso, Steve Aoki, Nervo, Martin Solveig, Icona Pop and many more. She is formerly ½ of the duo, Deuce Manila.

TOONS thrives in keeping the music alive while educating the crowd with beats that aren’t necessarily heard on the radio.

Open Format | International DJ (Hong Kong) | MANILA and all over the PH | YOUR CUP OF T | Toons has definitely made his mark in the Philippine DJ industry by blending your usual with the unusual. If no one can, Toons Can!

Torch is ready to set the decks on fire!

Wacky is one of Davao’s most renowned DJs.

DJ Tien is one of Davao’s freshly introduced DJs.

DJ Niel is one of Davao’s up and coming, newly introduced DJs.

DJ Uno is one of Davao’s up and coming DJs. 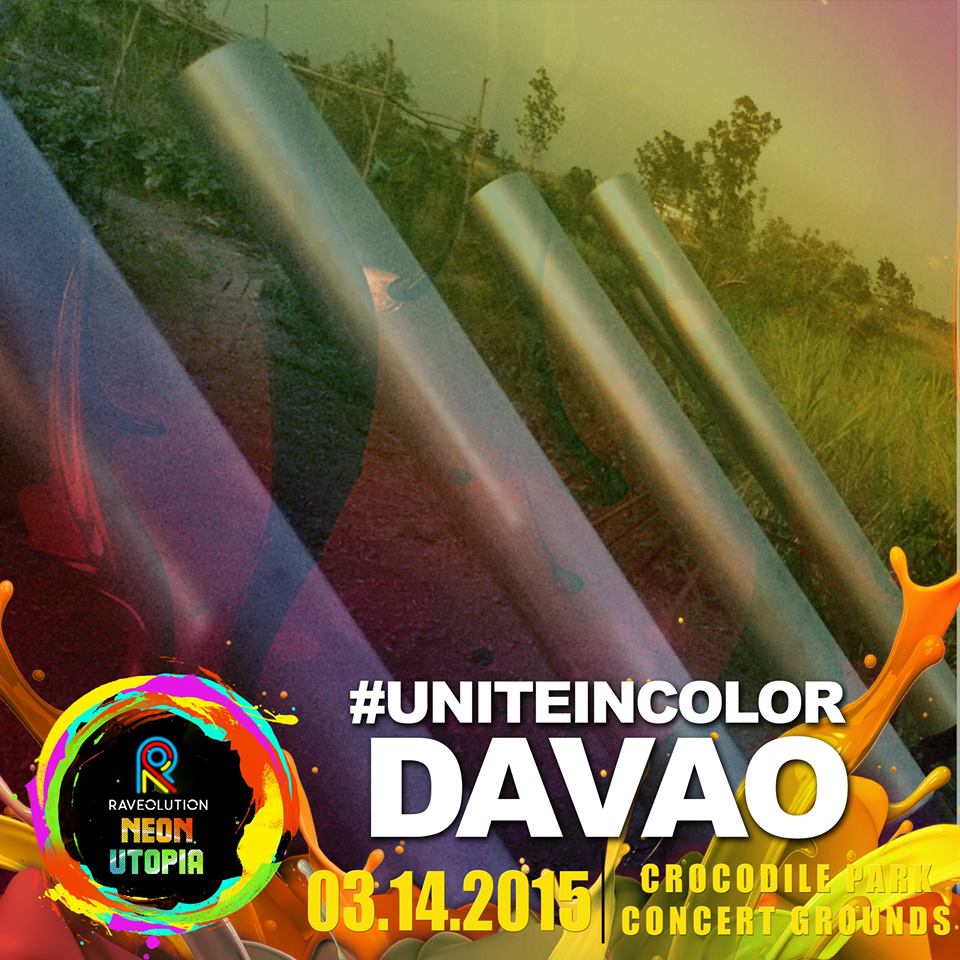 Paint Party is one that brings us back to our kiddie days. It’s always amazing, never dull and always fascinating. Not to reveal anything yet, just be ready to experience the wonder of this exceptionally designed party.

4. Dance right in front of the speakers and feel the bass throughout your body. 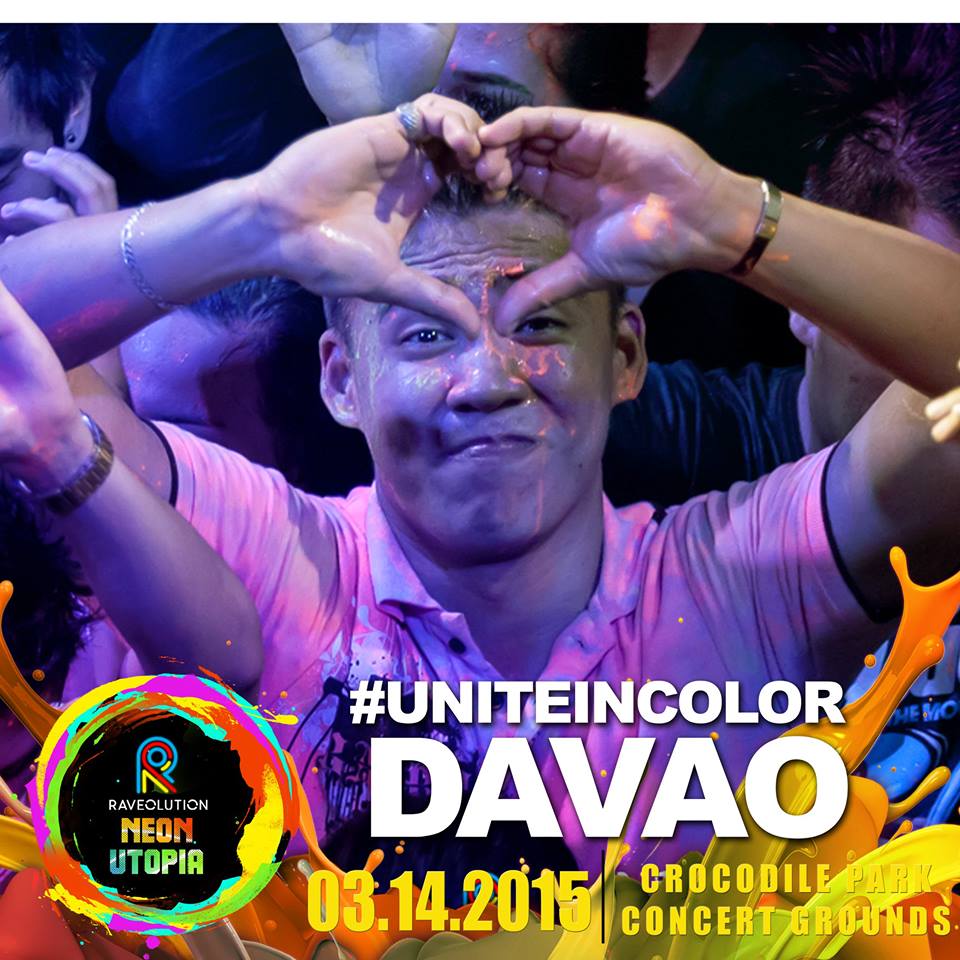 Get prepped by doing some leg and hand exercises weeks before the party. Non-stop dance will be one of the highlights of the night. When the music is so loud, you use hand signals to communicate.

5. Need not to worry 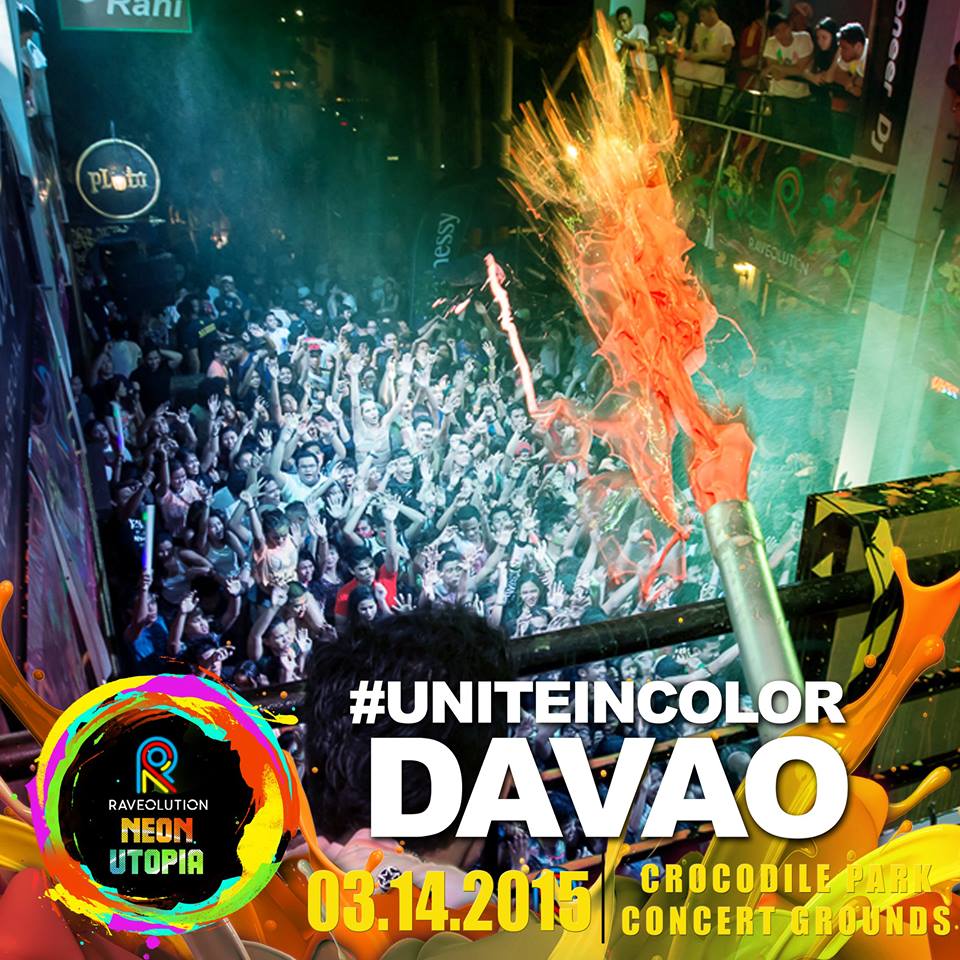 Fret not. Buckets of neon paint are safe for the skin and easy to wash.

Disclaimer: No guarantees for your apparel. It’s time to wear your white sleeveless or shirt. 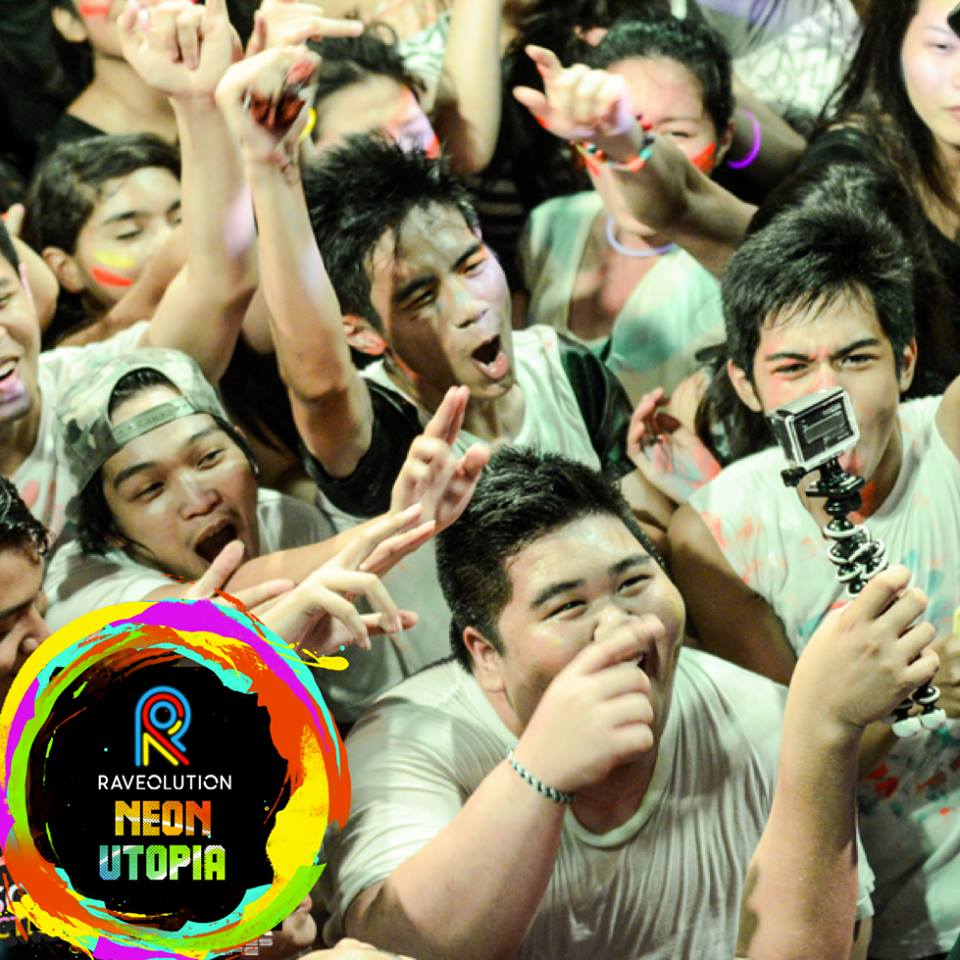 Don’t forget to charge your cell phones, cameras, tablets and tote a trusty power bank. Expect to take a flood of selfies and groupies that will make your IG, FB and Twitter followers wish they were there with you. So get those updates coming!

Wondering where to get your tickets? 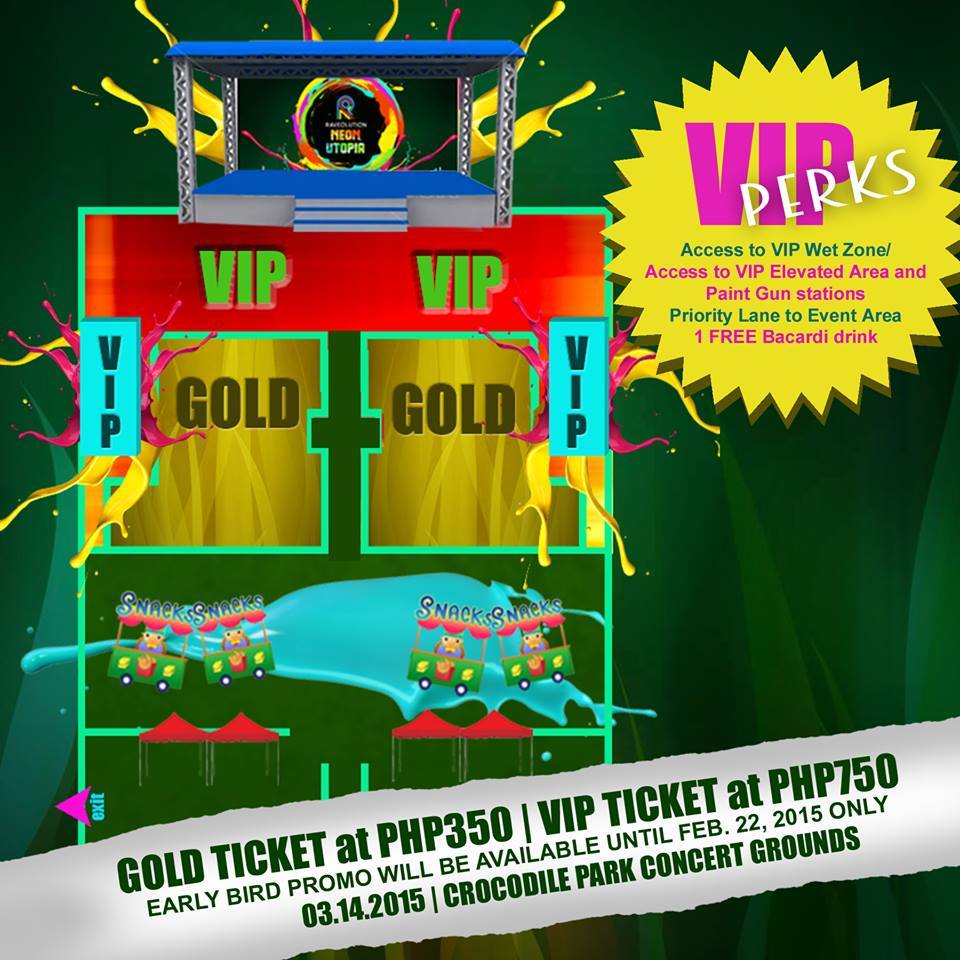 Here is the list of ticket outlets and resellers: