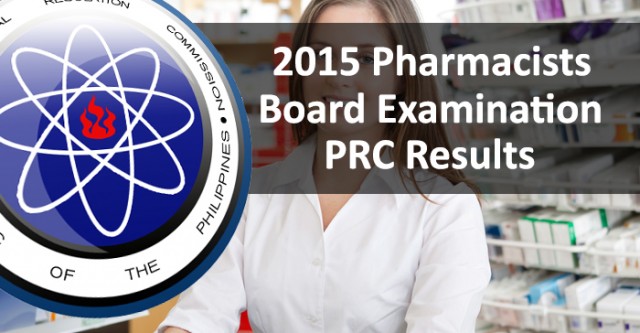 Three graduates of San Pedro College made it to the top 10 in the recent July 2015 Pharmacist Licensure Examination, the Professional Regulation Commission (PRC) announced on Wednesday, July 22, 2015.

They are as follows: 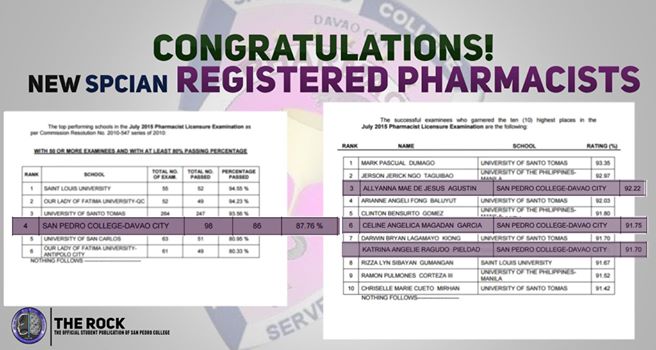 The Professional Regulation Commission (PRC) announced that 2,004 out of the 3,142 examinees passed the Pharmacist Licensure Examination given by the Board of Pharmacy in the cities of Manila, Baguio, Cebu and Davao in July 2015.

The results were released in three working days after the last day of examination.