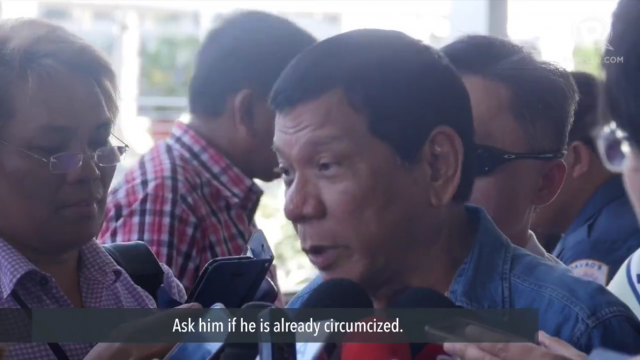 A day after his migraine attack in Ortigas, presidential candidate Mayor Rodrigo Duterte answered the rumors about his health condition.

Duterte said that it was because of his spinal problem he’s been telling about even before he declared his candidacy. In this video below, he said that time he actually felt vomiting and that he couldn’t do the speech. Read HERE.

He also answered Mar Roxas’ dare to release his medical records by facetiously saying, “Ask him first if he’s already is circumcised.”