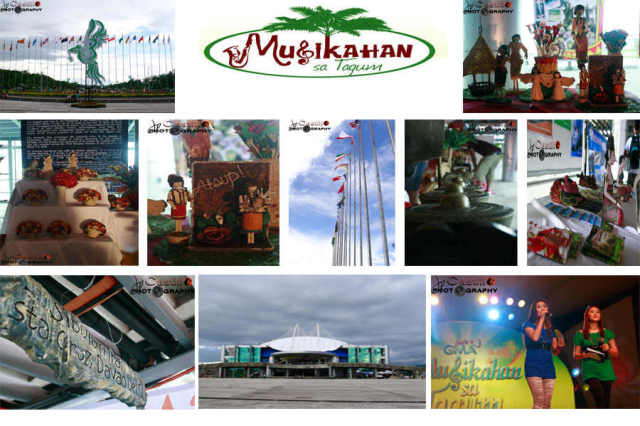 The City Government of Tagum and the City of Tagum Tourism Council invites musical artists and musical groups of different disciplines (bands, singers, etc) to take part in a noble cause for the survivors of Typhoon Pablo as the Musikahan sa Tagum Festival elevates a notch higher in utilizing music as a means of giving much-needed assistance to the devastated province of Compostela Valley.

As a part of the “Arts for Therapy” component of the city’s official festival, interested groups/artists will be performing for typhoon survivors in Compostela Valley’s identified evacuation centers that organizers believe “will be a way of healing them during their stress debriefing periods.”

In exchange, participating artists are encouraged to share donate their talent fees that will be used for the much-needed relief. Nightly celebratory concerts in the New City Hall of Tagum’s Atrium will also be used as a fund-raising venue where the audience can share monetary donations while the participating groups perform.

Anchored on the “social responsibility” advocacy of Mayor Rey T. Uy, this move was conceptualized as the scope of devastation reached record high that it would take a long time for the province to fully recover.

“We have to reconstruct and re-orient our thrusts as we try to reclaim our shared future. Let us therefore help rebuild the devastated Compostela Valley,” she said.

During the launch of the Tindog Comval: Walang Iwanan advocacy of the Provincial Government of Compostela Valley last December 19, 2012, Gov. Arturo Uy expressed gratitude to all the sectors that extended help to his province.

“Together, we will rebuild Comval by rallying people to work together for us to move on,” Gov. Uy said.

Interested groups and artists may visit the Tagum City Tourism Office at the Beach Volleydrome, Rotary Park, Pionner Avenue, Tagum City. They can also be reached through Telephone No (084) 216-2965 or through email:tourism.tagum@gmail.com and tagumcity_tourism@yahoo.com. For more information, they can also visit Musikan’s official website, www.musikahansatagum.com. Louie Lapat of CIO Tagum