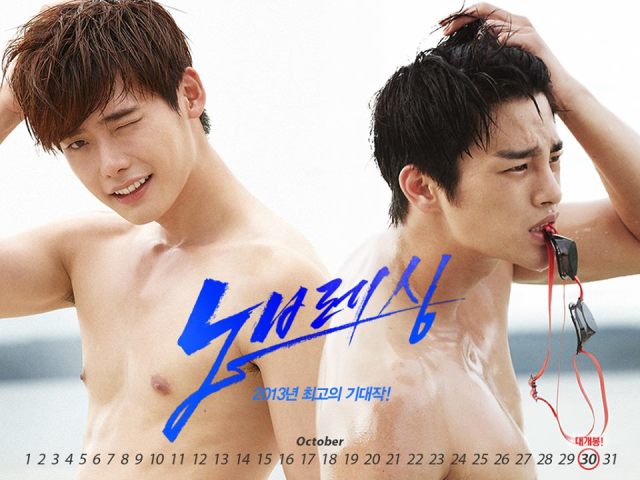 Fans are anticipating the premiere of the upcoming Korean movie, “No Breathing,” and the 15-minute Davao scenes have raised excitement levels.

The upcoming Korean film picked our beautiful city as one of their locations for filming. The Philippine Star reports that the South Korean filmmakers and producers have “discovered” Davao when a contingent from the city participated in the Korean World Travel Fair in Seoul last June.  They were impressed with the vast natural richness and the cleanliness of the city and that 15 minutes could be not enough to showcase the greatness of the city.

Lead stars Kwon Yuri and Lee Jongsuk arrived at the Ninoy Aquino International Airport and boarded their flight to Davao, August 6, 2013. They began filming the next day with around 72-man crew and about 15-20 actors.

They were seen by some fans in different places. They filmed at Pearl Farm, Aldevinco Shopping Center, Marco Polo Davao and the Davao del Norte Sports Complex Aquatic Facility in Tagum City, the site of the prestigious swimming club where the characters will compete in the early part of the film.

It is interesting to note that The Philippine Department of Tourism (DOT) funded part of the filming in Davao as part of its efforts to attract Korean tourists to the region.

Woo-sang (Lee Jong-suk) is a national swimmer who’s always pursuing the number one spot. Won-il (Seo In-guk) is a swimming prodigy who stopped participating in the sport, and now wants to make a comeback. Not only do they become rivals, but they also fall for the same girl, Jung-eun (Kwon Yuri), an aspiring musician who is their childhood friend. The three lifelong friends suddenly find themselves having to juggle love, friendship, and competition, as they undergo the rite of passage of growing up.

No word yet as to when the movie gets its Philippine release.