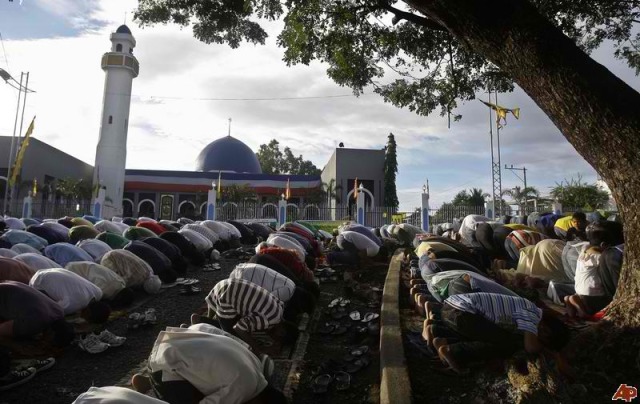 In addition to the non-working holiday for the barangay and Sangguniang Kabataan this October 28, President Benigno Aquino III declared October 15, Tuesday, a regular holiday in observance of the Muslim celebration of Eid’l Adha (Feast of Sacrifice).

Announced last Friday October 4, 2013, Eid al-Adha (Id ul-Adha) is a four-day Islamic festival starting on the 10th day of the month of Dhul Hijja (Thou al-Hijja) to commemorate the willingness of Ibrahim (Abraham) to sacrifice his son.

DECLARING TUESDAY, 15 OCTOBER 2013, AS A REGULAR HOLIDAY THROUGHOUT THE COUNTRY, IN OBSERVANCE OF EIDUL ADHA (FEAST OF SACRIFICE)

WHEREAS, Republic Act No 9849 provides that Eidul Adha shall be celebrated as a regular holiday;

WHEREAS, Eidul Adha is one of the two greatest feasts of Islam;

WHEREAS, the date of the festival is based on the declaration made by Saudi Arabia’s highest religious body;

WHEREAS, the National Commission on Muslim Filipinos (NCMF) recommended that the observance of Eidul Adha be on 15 October 2013 and the Eidul Adha prayer be performed on the final declaration of the Kingdom of Saudi Arabia;

NOW, THEREFORE, I, BENIGNO S. AQUINO III, President of the Philippines, by virtue of the powers vested in me by law, do hereby declare Tuesday, 15 October 2013, as a regular holiday throughout the country, in observance of Eidul Adha (Feast of Sacrifice).

IN WITNESS WHEREOF, I have hereunto set my hand and caused the seal of the Republic of the Philippines to be affixed.

Done in the City of Manila, this 3rd day of October, in the year of Our Lord, Two Thousand and Thirteen.

Megan Romero, a Comedian In The Making