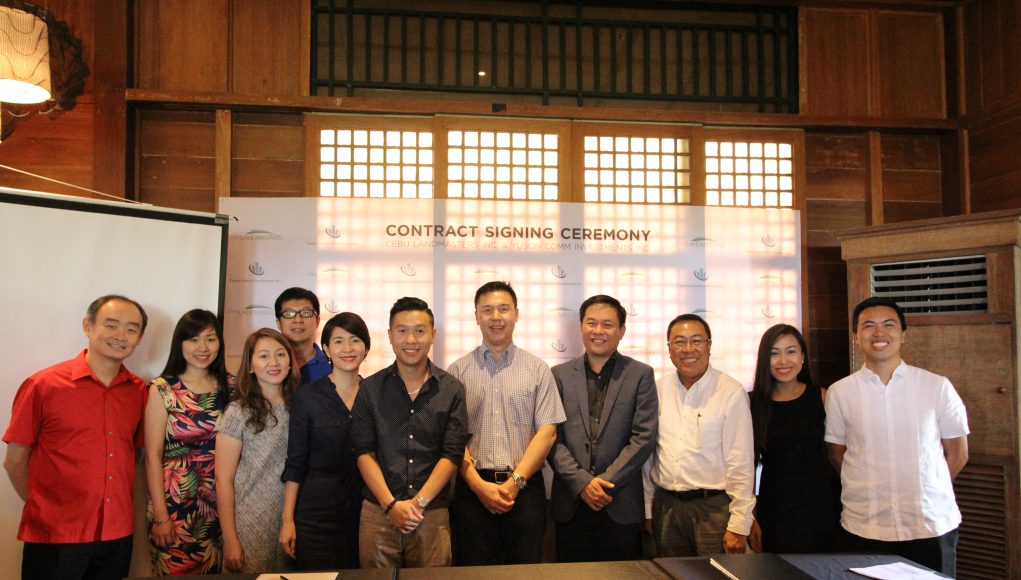 Starting in 2017, this venture will create three real estate projects including a mid-market condo conveniently located at E. Jacinto along Sutherland Global Services. The pre-selling will be in January 2017 with the Riverside Mixed-Use project along the McArthur Highway and a Times Beach Lifestyle Mixed-Use project in Matina.

With a premium condominium concept similar to Cebu Landmasters’ Mesaverte Residences in Cagayan de Oro and the Midori Residences and Mivesa Garden Residences in Cebu, the E. Jacinto Mid-Market condo will offer an affordable pricing plan for the midmarket. It will be a 15-storey midrise structure with two buildings.

Targeted for completion in 2018, the Mesaverte Residences in Cagayan de Oro is now 85 percent sold. Midori Residences in Cebu is now sold out, while the Mivesa Garden Residences holds the distinction of being the fastest-selling condo in Cebu.

The masterplan of the Times Beach and Riverside properties will be designed by the globally renowned design consultancy firm, CallisonRTKL. For more than five decades, Callison and RTKL have created some of the world’s most memorable and successful environments for developers, retailers, investors, institutions, and public entities.

Cebu Landmasters, Inc. (CLI) is a highly diversified real estate company that had its humble beginnings in Cebu City by a full-blooded Cebuano entrepreneur, Jose R. Soberano III in 2003.

“CLI is honored to work with the heirs of the son of Davao for this project. Our partnership is timely this year being the centennial of the issuing of the Original Certificate of Title for 603.7 hectares of land in Davao in the name of Francisco Villa-Abrille Juna.”

This joint venture is the very first project of the Cebu Landmasters Inc. in Davao. These prime properties have been entrusted by the Yuson-Villa Abrille Family, one of the most exciting collaborations in the industry today.

The joint venture contract signing signifies that YCI expresses full confidence in the success of the projects, having a partnership with one of the leading and multi-awarded real estate developers in the country.