Advancements all the way to reaching five stars..

Skytrax, an international air transport rating organization, certified PAL of becoming a 4-star airline due to its ´good overall quality performance´. This was held at Singapore last February 8, 2018. With PAL having reached the clouds due to its 4-star rating, now aims to reach 5-stars in two-years time.

A truly good news for those frequent travelers around the country, and even to regular ones, that PAL has now four main hubs in the Philippines. One in Manila, Clark, Cebu, and Davao, which means more frequent flights, easier access to tourist destinations around the country, and perhaps a cheaper price for this destinations —one would always hope. 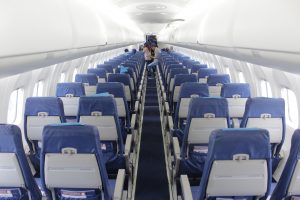 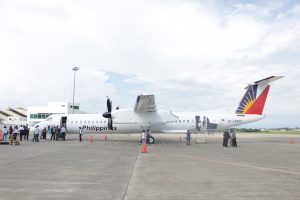 With the flag carrier taking pride in its 4-star rating, now introduces an economically wise method of transporting passengers to destinations around PH. They are now presenting the Bombardier Q400 —not your typical turboprop aircraft, but a next-generation with advanced noise reduction technology and smoother ride for passenger convenience, which is also proudly made by Filipinos.

During its static display held at the Davao International Airport right after the Press Conference, the astounding Bombardier Q400 showed its majestic finish with true comforting access which travels 30% faster with 30% more cargo room and having the quietest cabin —a truly enticing feature. 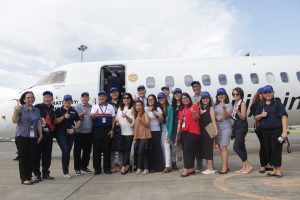 It is not impossible for the flag carrier to reach the stars with such rigorous efforts in serving the Filipino people and all of its market. With such advancements in the airline industry, and PAL being open to changes and opportunities, will definitely reach 5-stars in due time. But only if they can do more than what is enough.