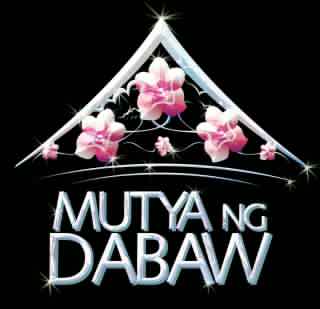 The most beautiful gather once again in the city of Davao where a new Mutya ng Dabaw will be chosen. Twelve young ladies were chosen to be part of this prestigious competition.

This year’s pageant promises to be another stellar showcase of the best in a region that is also famous for its beauty queens.

The ladies were picked because of their outstanding beauty and personality fit for the crown. The twelve are: 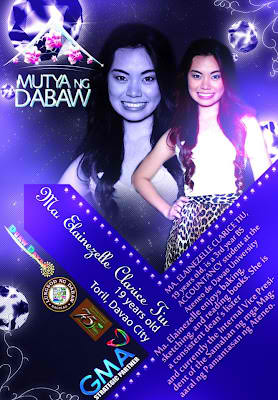 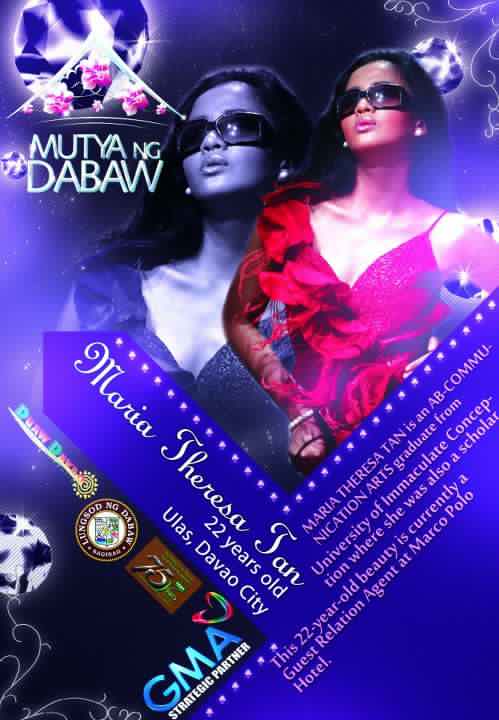 Maria Theresa Tan (Ulas, Davao City) — Maria Theresa Tan is an AB Communication Arts graduate from University of Immaculate Conception where she was also a scholar. This 22-year-old beauty is currently a Guest Relation Agent at Marco Polo Hotel. 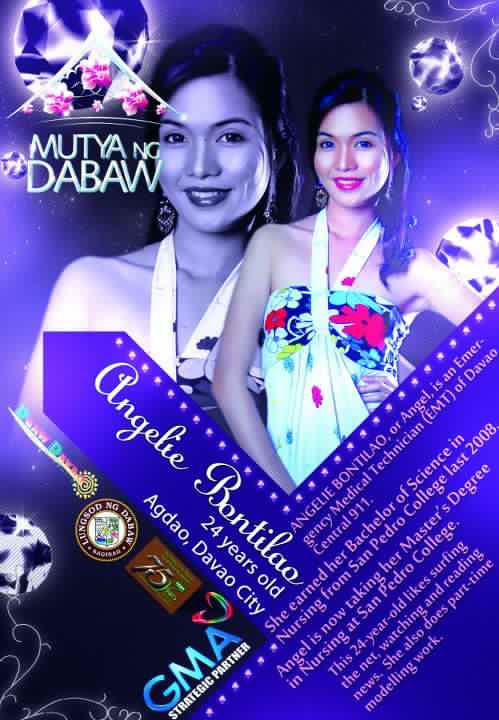 Angelie Bontilao (Agdao, Davao City) — Angelie Bontilao, or Angel, is an Emergency Medical Technicia (EMT) of Davao Central 911. She earned her Bachelor of Science in Nursing from San Pedro College last 2008. Angel is now taking her Master’s Degree in Nursing at San Pedro College. This 24-year-old likes surfing the net, watching and reading news. She also does part-time modeling work. 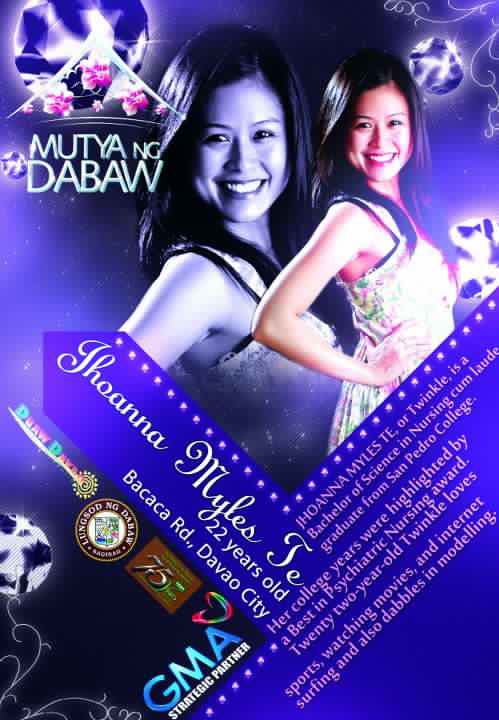 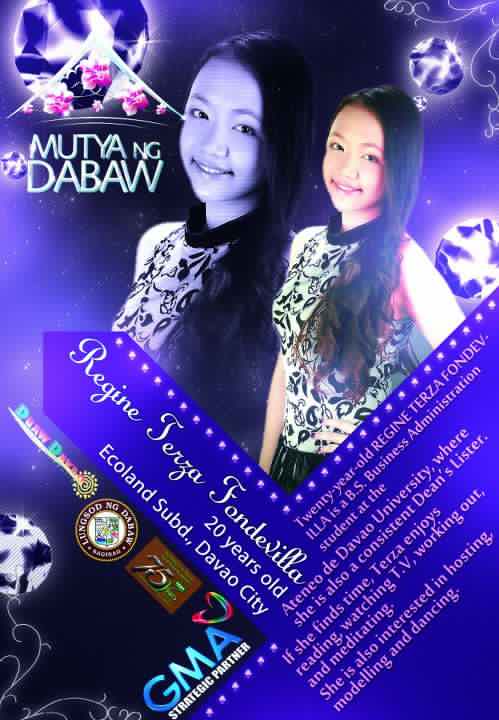 Regine Terza Fondevilla (Ecoland Subd., Davao City) — Twenty-year-old Regine Terza Fondevilla is a BS Business Administration student at the Ateneo de Davao University, where she is also a consistent Dean’s Lister. If she finds time, Terza enjoys reading, watching TV, working out and meditating. She is also interested in hosting, modeling and dancing. 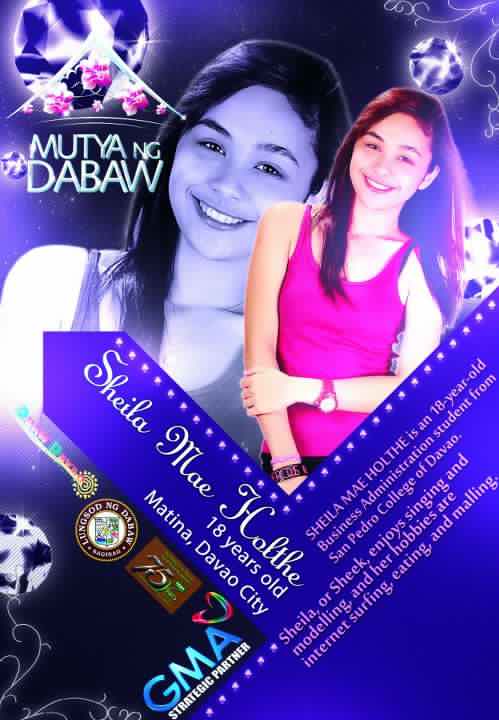 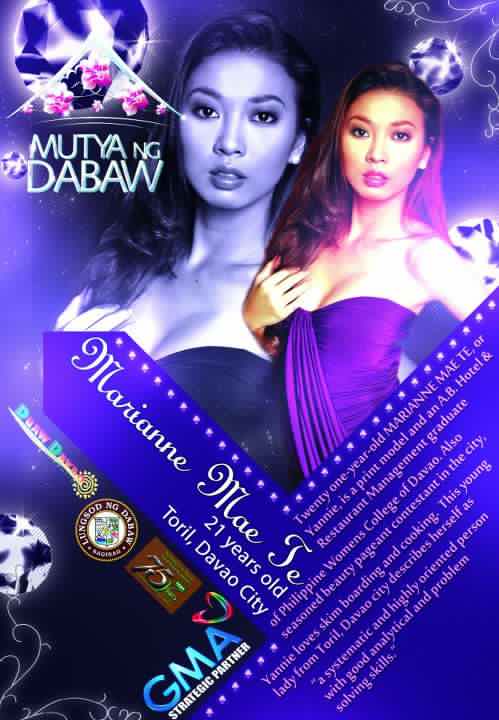 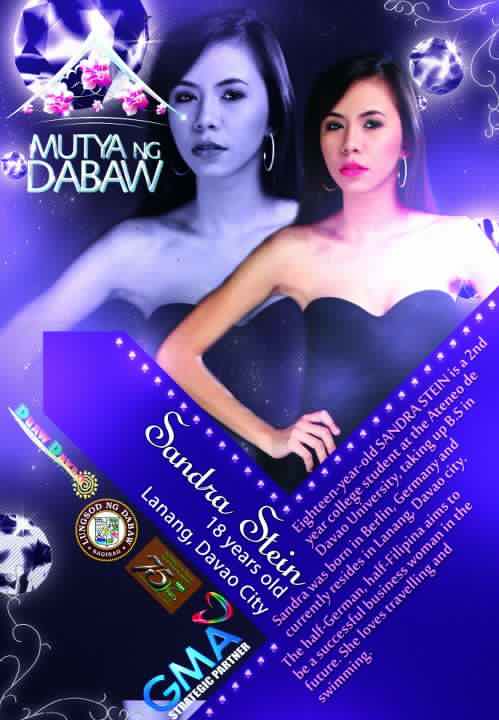 Sandra Stein (Lanang, Davao City) — Eighteen-year-old Sandra Stein is a 2nd year college student at the Ateneo de Davao University, taking up BS in Business Management. Sandra was born in Berlin, Germany and currently resides in Lanang, Davao City. The half-German, half-Filipina aims to be a successful businesswoman in the future. She loves traveling and swimming. 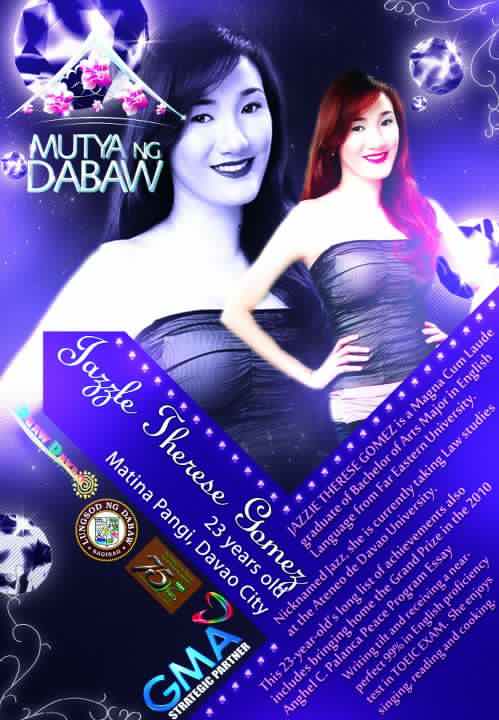 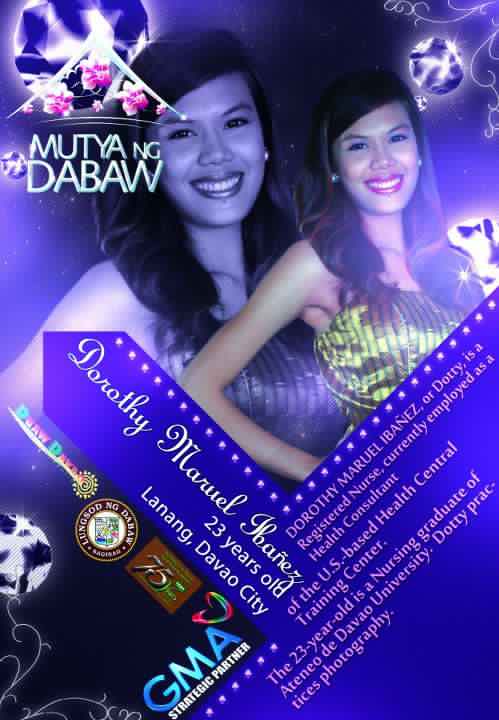 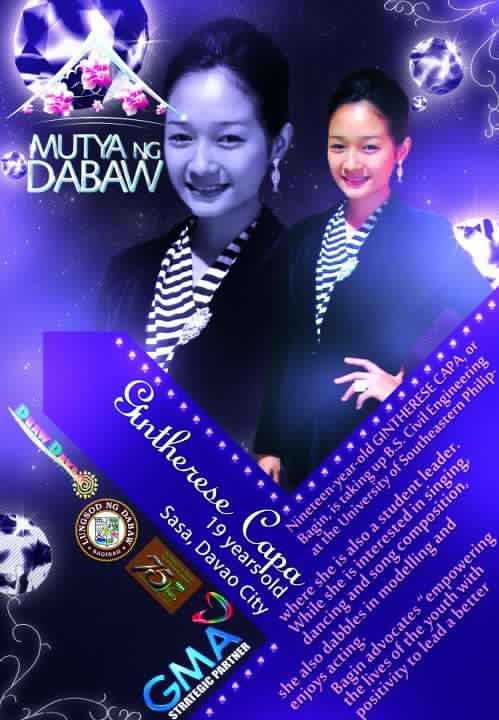 Gintherese Capa (Sasa, Davao City) – Nineteen-year-old Gintherese Capa, or Bagin, is taking up BS Civil Engineering at the University of Southeastern Philippines where she is also a student leader. While she is interested in singing, dancing and song composition, she also dabbles in modeling and enjoys acting. Bagin advocates “empowering the lives of the youth with positivity to lead a better society.”

Who will be crowned this year’s Mutya ng Dabaw? Witness the Coronation Night on March 14, 2012 6PM at the Davao City Recreation Center.