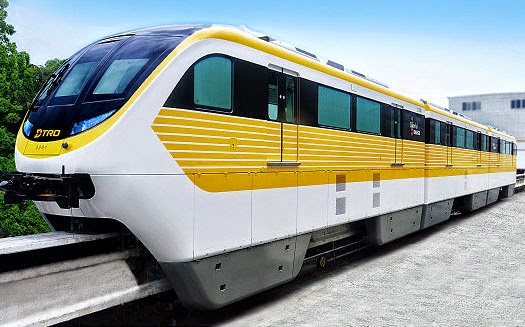 Davao City is constructing its own mass transport system similar to the LRT and MRT in Metro Manila to address a growing population and increased people movement because of its economic growth.

But unlike the Metro Manila mass transport system, Davao City Mayor Rody Duterte said that the city government will subsidise a large portion of the commuters’ fare.

“Government must really shoulder part of the transport cost of ordinary wage earners and office workers to ensure equitable and inclusive human development in the city,” he said.

In a recent trip to Metro Manila, Duterte said he was saddened and disappointed to see the long lines of people waiting for a ride in the MRT.

“Those who could not bear the long wait were walking along the road and every time a jeepney stopped to pick passengers, there was a mad scramble among the poor commuters,” Duterte said recalling what he saw.

“I can’t imagine why our government could be so insensitive to the plight of the poor workers. Not only is public transport so expensive, it demeans the human beings who are cramped inside the MRT and LRT like cattle,” the Mayor said.

“The Davao City mass transport system will be different. We will take into consideration the fact that those who will use it are ordinary people who earn very little,” Duterte said.

A South Korean company has started the wheels rolling for the multi-million dollar project with a feasibility study.

Duterte, on behalf of the City Government, signed a Memorandum of Understanding (MOU) with Korea Engineering and Construction (KEC) for the feasibility study on the railway project with no cost to the local government.

From 5,000 to 20,000 thousand passengers could be transported every hour by the monorail-type LRT running at 70kms per hour, said Jung.

Duterte said the view that government should subsidise the mass transport system is based on his belief that the ordinary people have always been at the losing end of the country’s development efforts.

“We hail our overseas workers as heroes but we bleed them dry with all of the requirements and fees they pay before they could work abroad,” he said.

“We call our farmers the backbone of the nation but we could not even support them with free irrigation water and technology support,” Duterte added.

“We would like our workers to be productive but how could they be produtive when they come to work late and tired because of the jostling to get a ride, not to mention the fact that a huge chunk of their daily earnings go to their transportation fare,” the tough-talking Mayor said.

He said offering a subsidised mass transport system will greatly contribute to the productivity of the ordinary workers which in turn will hasten an inclusive national growth.