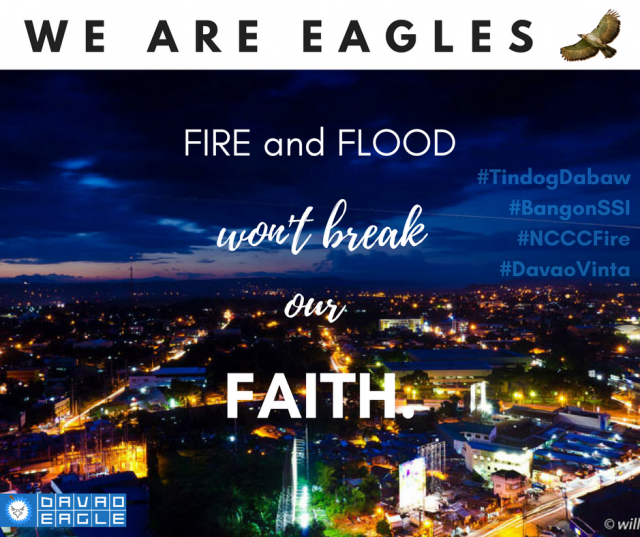 Few days before Christmas, Tropical Storm Vinta brought heavy rains and widespread flooding in Davao Region. Davao City was not spared during the onslaught of Vinta. There are estimated 18,603 families in 25 barangays which had been affected by the flood. While the rescuers and authorities were trying to rescue the affected people, a fire broke out in one of the malls in the city taking 37 lives who were trapped on the 4th floor of the building. And all these happened days before Christmas.

Instead of responding in solidarity with Davao City following these two tragic events some of our fellow Filipinos were using the situation to channel their dislike with our President. Some of them even raised malicious unrelated questions and speculations to link the unfortunate tragedy to the President’s assumed “wrongdoings.”

A priest from a prestigious university had a laughing emoticon in the photos of the President mourning with the families of the SSI fallen 37. As a priest is this how he portrays the spirit of Christmas?

What have we become as Filipinos? When other cities were struck with calamities, Davao City was always there for them giving all kind of support it can provide. Davao City deserves better than your mockery and hate.

The tragic death of the 37 call center agents brought sorrow not just to their immediate families and friends but also in the BPO industry. After the declaration of BFP and the President of zero survival chance for the 37 people trapped inside the burning mall, the whole city mourned. There were still many BPO professionals who continually prayed for the survival of our brothers and sisters in the industry as Christmas gift. Everyone was still hopeful that they were still alive and safe until their remains were found.

The BPO Association of Davao Inc. (BPOADI) and ICT Davao declared December 24 as the Day of Mourning. Christmas and New Year feasts were also canceled the same day to condole with the fire and flood victims. On December 25 Mayor Sara Duterte-Carpio declared the city under a state of calamity.

Amidst these tragic events, the spirit of “Bayanihan” among the Davaoeños has proven to be still alive. It shows in the number of volunteers during the re-packing of relief goods in the headquarter of Task Force Davao, to distribution to the evacuation centers; to the number of people giving financial support and providing free services and goods. 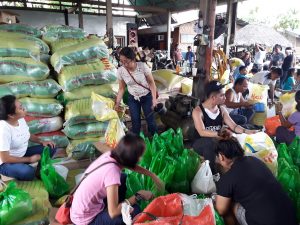 Different NGOs and private entities hold different activities to help flood victims. Many business establishments send their employees to help during the packing of relief goods and sponsored the food and water ration to the volunteers. Schools, universities, and churches also encouraged their students and members to help this great cause until the city recovers. BPO companies of the city provided financial assistance to the family of the fire victims through the BPO association. Prayers for strength and acceptance to the grieving families of the fire victims were offered by people from all walks of life. Regardless of the differences in religion and tribe, everyone is helping out each other.

Davao may still be mourning and struggling this time but it is standing up on its own. Indeed the greatest glory of Davao is its own people and their ability to stand united as one during this time of need. With all his people rallying behind him, Davao City will surely rise again as a symbol of power, strength, and resiliency. Time and again it will soar high on wings like an eagle.