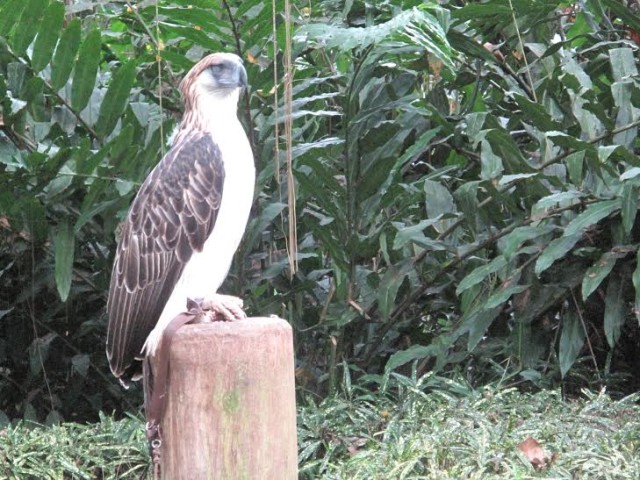 Taking on a significant role in promoting sustainability and conservation, Globe Business has been at the helm of collective efforts to champion the cause of the environment. inspiring large companies and organizations to make their businesses better and greener.

For the past years, the enterprise ICT arm of Globe Telecom has actively implemented a “green blueprint,” working closely with corporate clientele which share its advocacy on various fronts. These include creating greater scale and impact for the telco’s programs on solid waste management via its large-scale initiative “Project 1 Phone,” energy conservation with its commitment to the Earth Hour and Earth Day celebrations, carbon offsetting through the successful stagings of the Cordillera (Cordi) Challenge, as well as biodiversity and habitat protection by partnering with organizations such as the Philippine Eagle Foundation.

“Sharing the larger vision of Globe Telecom as an environmentally-responsible telecommunications company, we are committed to promote conservation and sustainability. We accomplish this by reducing the impact of our business operations to the environment and help our employees, business partners and clients achieve this promise. With robust systems in place, we are able to manage our environmental impact and integrate them into our Corporate Social Responsibility management,” said Globe Sr. Vice President for Enterprise Group Nikko Acosta.

For the past years, Globe Business has likewise been working closely with the Philippine Eagle Foundation (PEF), a nonprofit organization dedicated to save the Philippine Eagle and its habitats, one of which is in the Arakan Valley in North Cotabato in east central Mindanao. The collaboration has benefited agroforestry projects of the Forest Corridor Development Program, community-based initiatives program and empowering communities through solar energy, among others, in that particular area.

On June 12, Globe Business will lead efforts to release Philippine Eagle “Pamana” inside the Mt. Hamiguitan World Heritage site, which is the natural home to the same species of endangered birds.  Pamana was rehabilitated by the PEF for three years after suffering from gunshot wounds, and its reintroduction to the area will contribute to increase and improve its population once it finds a mate and breeds. The ceremony on the other hand is a concrete manifestation of Globe Business’ support to the PEF in reviving and ensuring the protection of the biodiversity in the Philippines, particularly in Mindanao.

Using innovative means to power Pamana’s flight to freedom, Globe Business is employing Globe Rewards facilities as well as mobile money channel GCash as a platform for donations, which will support the Philippine eagle’s acclimatization, mobilization of monitoring teams and tracking using a satellite GPS system, as well as the education and awareness campaigns around the Mt. Hamiguitan. To donate in denominations of 40, 20, 10 and 5 Globe Rewards points, Globe customers may text DONATE<space>PAMANA<amount>and send to 4438, while GCash account holders may follow the steps after dialing *143# and choosing “GCash” in the menu.

One of the biggest campaigns mounted in the country which heeds the call for environmental sustainability, Project 1 Phone of Globe Telecom continues to expand its reach by leading the promotion of proper disposal and recycling of electronic wastes (e-wastes). Acosta confirmed that by engaging Globe Business customers as well as Globe customers as a whole, e-waste collection increased by 111%. As of May 14, 2015, total e-waste collected from the program has reached 958.4 kilograms, or about 1 ton, from 3,850 mobile phones collected and recycled. This is equivalent to .4 cubic meters of space saved as landfill, translating into 7,563.23 carbon dioxide emission or CO2e reduction.

Globe Business was also instrumental in involving enterprise clients and other organizations to join the rest of the world in celebrating this year’s Earth Hour last March and help heighten awareness on the widespread effects of climate change. It also renewed its support to the cause by working hand-in-hand with the entire Globe organization in switching off at least 90% of LED-powered office lights during the Earth Hour around the country. The enterprise ICT segment of Globe encouraged the telco’s employees and customers to shut off lights in their respective residences as well as pledge the number of watts they will save.

Kicking-off the environmental and livelihood sustainability thrusts of Globe Business for 2015 was the sixth edition of the Cordi Challenge, considered as the premier conservation initiative for the Cordilleras and its surrounding locales. It helped establish nurseries for the Roots and Shoots programof the Cordillera Conservation Trust (CCT). At least 200,000 seedlings in elementary schools within beneficiary municipalities covered by the project will replenish bald mountainsides, support the enhancement of community watersheds, and prevent landslides in critical areas toward reforestation of approximately 214 hectares of land in the area.

Acosta reported that as of May 27, the Cordi 6 has raised more than P1 million, which will benefit the CCT’s Roots and Shoots Program. Overall in the past six years, Globe Business has enabled the rebuilding of the forests of the Cordilleras and empowered the communities who act as stewards of the forests for the 107 seedling nurseries established in 11 municipalities.