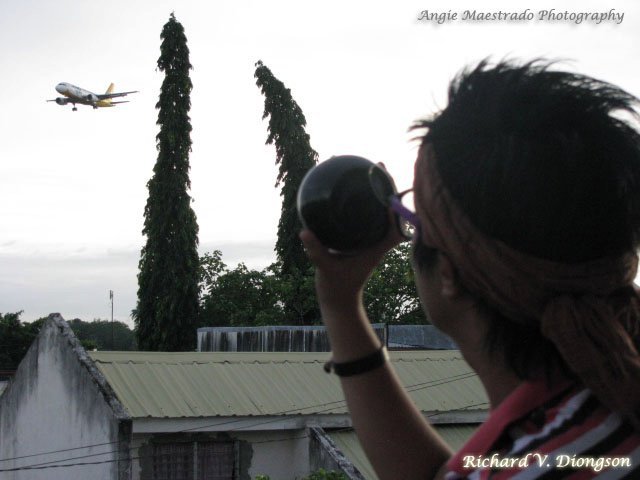 If I were to name the three worst things to happen to me, the first would be when my best friend ever since I was a little boy died in a car accident. Second was when I got fired on my previous job WHILE I WAS ON SICK LEAVE.

The third one happened when I decided to book a flight to Singapore using the services of Zest Air. Call me a jerk if you want, but I consider this my worst experience among the three.

About 48 hours before my originally-scheduled Singapore vacation escapade with my fiancée, my phone rang. It was a customer service representative from Zest Air calling. With his fake American accent, he said; “Good mohning, s-hir. We would lahk to tsell you thet hyou thet yer flight hes been ri-scheyduled a day later then the owreehginal date we booked hyou. Sowry for the incombenience. Chenk hyou”!

Though a bit disappointed, I pretty much saw it coming. When you book an overseas flight, things like that are definitely bound to happen. And I was also considering the fact that I got my tickets via an online promo. So I had no right to complain, yet.

With that, I gladly accepted the new flight schedule given to us. It was better delayed than no Singapore trip at all. But the moment my fiancée and I went to the airport to show up on our scheduled flight, the problems began to materialize.

Since we were really looking forward to this much-needed vacation, we got to the airport more than 2 hours prior to our scheduled 9 AM flight. When we got in the airport to secure our boarding passes, the Zest Air staff told us that all the passengers have boarded and there are no more seats available on the current flight.

Upon hearing that, I was absolutely furious! Any other uncivilized or hot-tempered guy in the situation would have punched one of the Zest Air staff in the face. But in my case, I did everything I can to keep to hold my anger in and keep my composure. So in the nicest way possible, I asked the Zest Air staff: “How is that possible? The customer service rep told me that this exact time and date would be my scheduled flight. How can you tell me that there are no more seats available in that freakin’ plane when this flight is about to take place in 2 hours”?

The only thing the Zest Air people could reply to me was: “We’re very sorry, sir but you just have to wait for the next flight which is 5 in afternoon”.

As mad as my fiancée and I were, we basically had no choice but to go home while waiting for the next scheduled Zest Air flight to Singapore. A few hours later, I received another call from Zest Air that took my regrets and anger to stratospheric heights.

What seemed to be the same customer service representative was on the phone, saying: Ged epternun, s-hir. We are sow sowry to inferm hyou thet sinze hyou did nat shoe up on hyour ischedyuled flight, we wood have to charge you an extra five tausand peysos. Chenk yu”! My fiancée also received pretty much the exact phone call a few minutes later.

Despite of the rep’s obviously phony and equally stupid accent, we got exactly what he was trying to say. At this time, so many questions entered my mind. Why would Zest Air even consider re-scheduling my flight? And why would they even reschedule on a day that all the seats on the plane have already been taken? Also, why don’t they buy a bigger plane in order to accommodate more passengers? What’s up with that terrible accent of the Zest Air customer service rep? Was he able to undergo formal call center training or was just inspired by how Manny Pacquiao speaks during his post-fight interviews? And finally, is Zest Air even an appropriate name for an airline company? That name is probably better off given to either a fruit juice manufacturer or a body soap distributor, if you want my honest opinion.

After taking out my rage by singing in a karaoke bar (believe me, this is the best and most non-violent way of getting all of my anger out) and a few drinks, my fiancée and I formulated the same exact theory of how everything went wrong.

That is also the how we came up with the story’s moral lesson: It definitely is the fault of the customer service representative. I mean, come on! His accent is terrible, he’s always the one that delivers bad news, he seems to be a douche person, and his accent is terrible! Yes, I’m giving a lot of emphasis to that accent since it was really, really that bad! Enough said.

No offense to all those call center agents or any Zest Air employees out there, but this blog is just also a way of letting my anger out. I hope I’m making a ton of sense here.