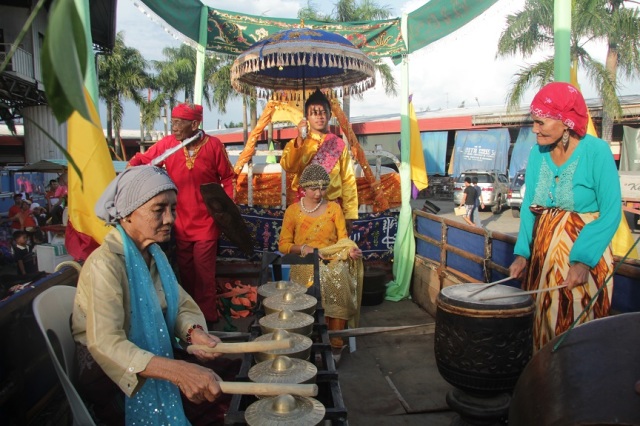 CITY OF TAGUM, DAVAO DEL NORTE—Now on its 7th installment, this city’s Pakaradjan Festival continues to highlight the rich culture and tradition of the Muslim Community among the general public, and local leaders tagged it as a window of the peaceful co-existence of different tribes in the city.

On October 23, 2013, Mayor Allan L. Rellon joined the dominant Muslim tribes in the city in opening program of the three-day Pakaradjan Festival, which was marked with pomp and pride.

Festival organizers said Pakaradjan is a unique and special gathering of dominant Muslim tribes in Tagum City which will showcase their cultural talents in playing musical instruments and traditional dances with a common goal of preserving and promoting their beliefs and traditions.

Among the activities lined-up for this year’s Pakaradjan are the following: civil registration and medical mission, quranic reading, azan competition, kulintangan competition and the highly-anticipated Sigay ng Pakaradjan, a search participated by prettiest and smartest young Muslim girls representing their respective tribes.

During the opening program, the Muslim tribes of Tagum, the Sultanate of Davao Region represented by Sultan Abdul Racman D. Maug, and the National Commission on Muslim Filipinos represented by Datu Gomobar Pandian made Mayor Rellon their adopted son through a recognition ritual.

Through the ritual, Mayor Rellon was officially known as Datu Makagaos, which literally means resourceful and powerful.

In his acceptance speech, the local chief executive reiterated his commitment to safeguarding the culture and traditions of Muslims by enumerating his early achievements on the matter, as well his future plans for them.

This includes putting-up of a government-operated Halal poultry facility which was well-received by the crowd gathered in Tagum City Pavilion during the program. Louie Lapat of CIO Tagum