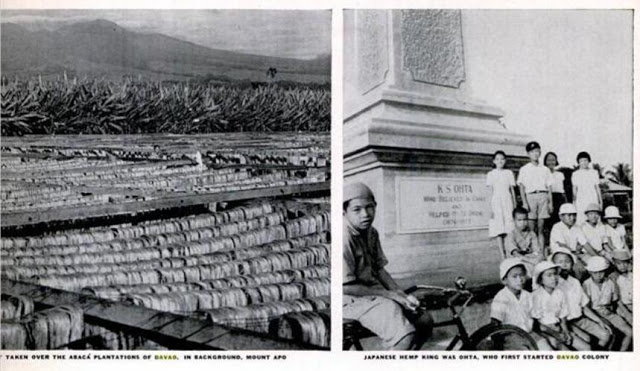 1848: Davao first loomed in written history as a Moro settlement in the banks of the Davao river when Don Jose Oyanguren defeated the Moros under Datu Bago, chieftain of the river dwellers. A christian settlement was built named Nueva Vergara, after Oyanguren’s hometown in Spain.

“oh Davao, with all the bounty it now has, on a day not too far away, it will be the best province in Mindanao… your land is fertile, your water crystalline, abundant, ahumerous population thrives in you! Why not rise? The time has come, God will call, and we shall sing victory!”

a prophetic prayer by the Jesuit Saturnino Urios, 20 Spetember 1893

1858: A military government was established in Nueva Vergara, and from that time on the place was known by its native name, Davao. The economic condition of the people did not improve during the Spanish regime. Although there was great economic potential, no industry was developed.

1890: The American occupation started with the arrival of Major Hunter Liggett, who also established a military administration. The rich potential of agricultural development of vast abaca plantations, along with coffee, rubber and cotton crops.

1941: The Japanese military occupation of the city.

1950s-60s: after the Second World War Davao staged its march to progress. The principal industries then were logging, copra, banana, corn, abaca, ramie mining and fishing.

When logging declined, the next industry that flourished was the banana industry. Since then the city has been recognized as the center of commerce and trade in Mindanao.

1980s-90s: Davao developed in a vibrant and dynamic city.

2000-beyond: Davao continues to be one of the fastest growing cities in the region.