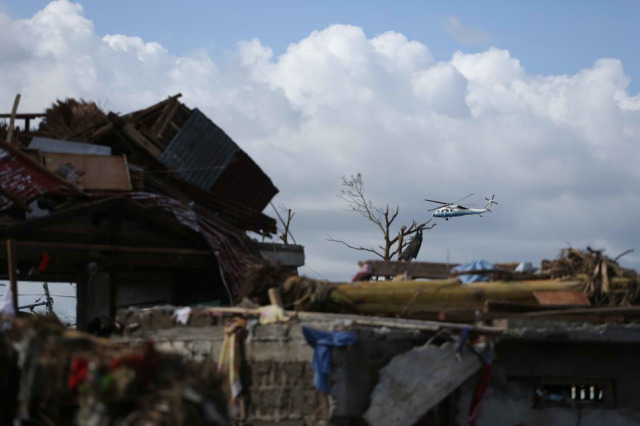 ABS-CBN will hold a concert this weekend to raise funds for the victims of super typhoon “Yolanda,” which killed thousands and left entire towns devastated after making landfall in the Philippines last Friday. 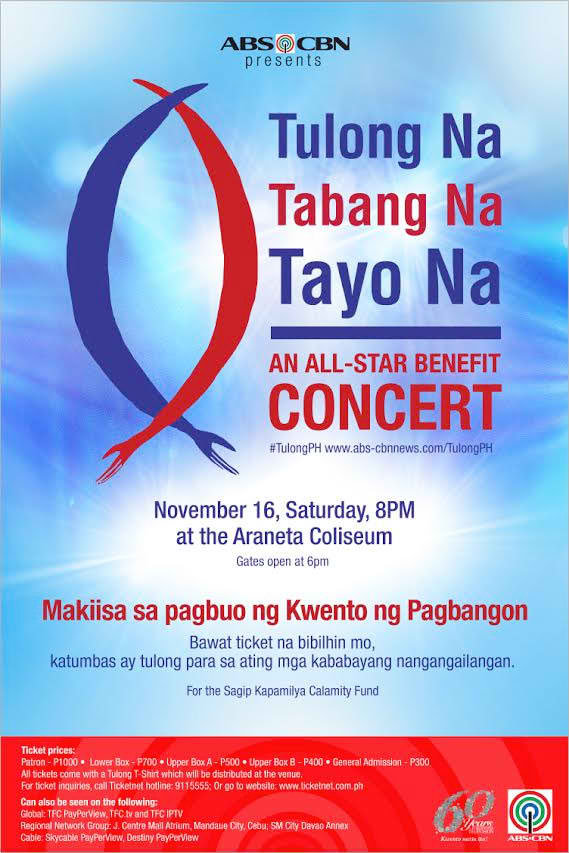 Tickets will be available starting Thursday at the venue’s box office, various TicketNet outlets and on TicketNet Online.

Each ticket will come with a free “Tulong Na, Tabang Na, Tayo Na” t-shirt, which will be distributed at the Araneta Coliseum on the day of the concert.

Several Kapamilya stars are expected to perform at the event, whose proceeds will go to the calamity fund of ABS-CBN Foundation’s Sagip Kapamilya.

The concert will also be simulcast live on ABS-CBN’s global platforms TFC Pay-Per-View, TFC.tv and TFC IPTV; and on cable TV via SkyCable Pay-Per-View and Destiny Pay-Per-View.

It will also be shown at regional territories, with viewing events at J. Centre Mall Atrium in Mandaue City, Cebu; and at SM City Davao Annex.

For information on other concert charity events, click here.

As of Thursday morning, the death toll due to Yolanda was 2,357, according to the National Disaster Risk Reduction Management Council.

An estimated 11.3 million have been affected with 673,000 left homeless since Yolanda — said to be one of the most powerful typhoons recorded — battered parts of Visayas on Friday.

Tips in getting to and around Davao City