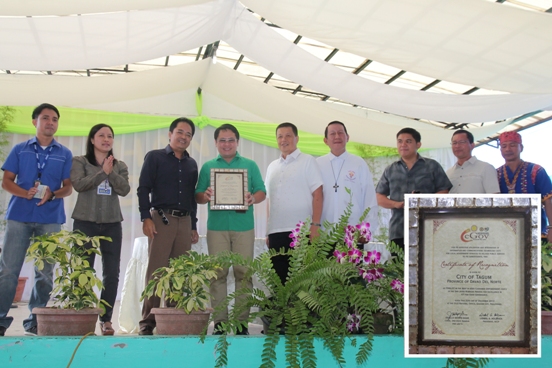 The communication and information dissemination strategy of the Local Government of Tagum was shortlisted as one of the national finalists, and the only one hailing from Mindanao, in the 2013 Jesse Robredo Awards for Excellence in ICT for Good Governance.

It is an annual search by the Department of the Interior and Local Government and the National ICT Confederation of the Philippines for the best practices in local government units in utilizing information and communications technology (ICT) to effectively and efficiently deliver its public services directly to its constituents and to its business stakeholders.

The eGov Awards is the first and most prestigious recognition to be given by the ICT sector to LGUs with exemplary performance in empowering its Public Customers and Business.

LGU Tagum clinched the award under the eGov Customer Empowerment Category, where it presented its official website (www.tagumcity.gov.ph) as the central arsenal of information of the local government that the public can access 24/7.

Other information channel of the local government operated by the City Information Office such as the utilization of social media, radio, television and print were also presented.