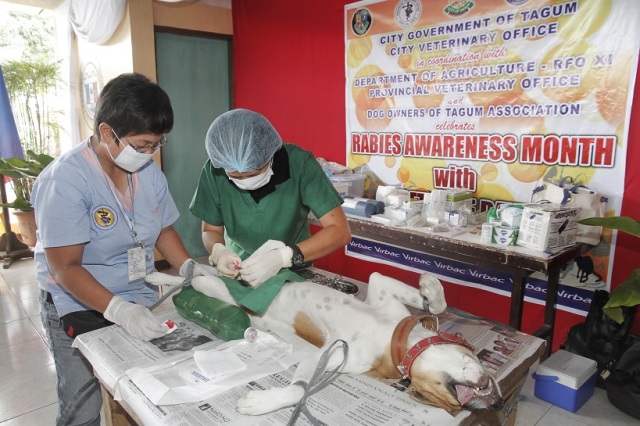 TAGUM CITY—Close to 200 dogs received free rabies vaccination as part of the local government’s goal of minimizing, if not eradicating, rabies infection in the city as well as promoting responsible pet ownership among per lovers.

City Veterinarian Jesus G. Edullantes said the activity, which was held at the gymnasium of Barangay Magugpo South last March 26, 2014, is in consonance with the celebration of the Rabies Awareness Month.

Also conducted during the event are free neutering and spaying, which he said is an ideal approach in depopulating dogs and cats, which are the main cause of rabies infections. A pet blessing was also held during the activity.

“We wanted to contribute in the national goal of eradicating rabies in the Philippines by 2015,” he added. 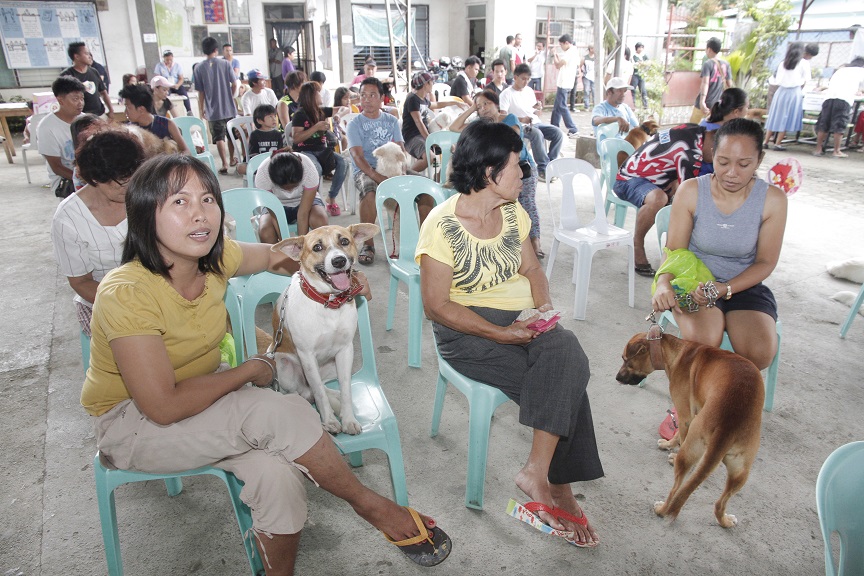 The City Veterinary Office will expand their massive free rabies vaccination until May where they aimed to vaccinate 70-80% dog population in the city.

Vice Mayor Geterito Gementiza hailed the City Veterinarian Office for spearheading the activity, saying this is a major step towards a rabies-free city.

Extending their professional services during the Pet Care Day are the veterinarians of LGU Tagum and some private practitioners from Mati and Panabo Cities, respectively. The said activity was also made possible with the support of the Provincial Veterinary Office.

Pet owners were also briefed on responsible pet ownership by the members of the Dog Owners of Tagum Association (DOTA), where inputs on pet care, dog training and feeding were discussed.

A separate forum on rabies awareness was also conducted in the University of Mindanao Tagum Campus, which was attended by 1,000 students.

The massive vaccination of dogs is mandated under Republic Act or “Anti-Rabies Act of 2007”. | Louie Lapat of CIO Tagum