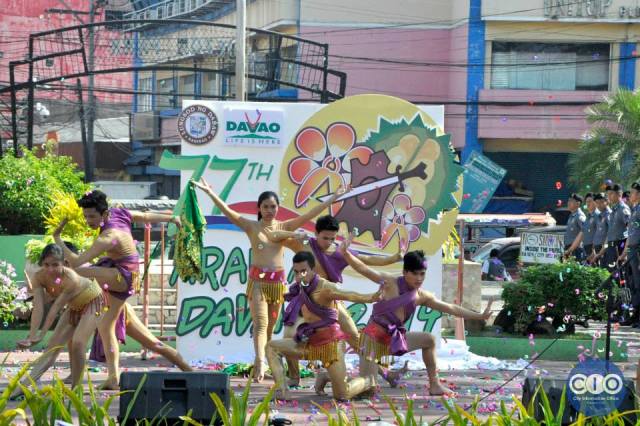 In line of the celebration of the 77th Araw ng Davao, assets of the Armed Forces, the Philippine National Police and Davao Central 911 will be showcased in a civic military parade today, March 16, 2014.

It is a clear presentation of the capabilities of the military, police and the Central 911 in maintaining peace and law and order in the city.

There are almost 200 participants joining the parade, composed of contingents from the local and national agencies, NGOs, schools and universities, barangay units and private companies.

The parade will start from Ramon Magsaysay Avenue to CM Recto Street, Bonifacio Street to Legazpi Street, all the way to San Pedro Street and will exit to Quimpo Boulevard.