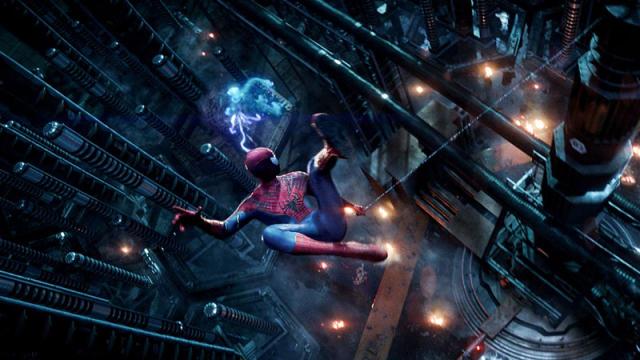 On Wednesday, April 30, 2014, the Business and Management Student Executive Council of Ateneo de Davao University will hold its Block Screening of The Amazing Spiderman 2: The Greatest Battle Begins at NCCC Mall Cinema 4. 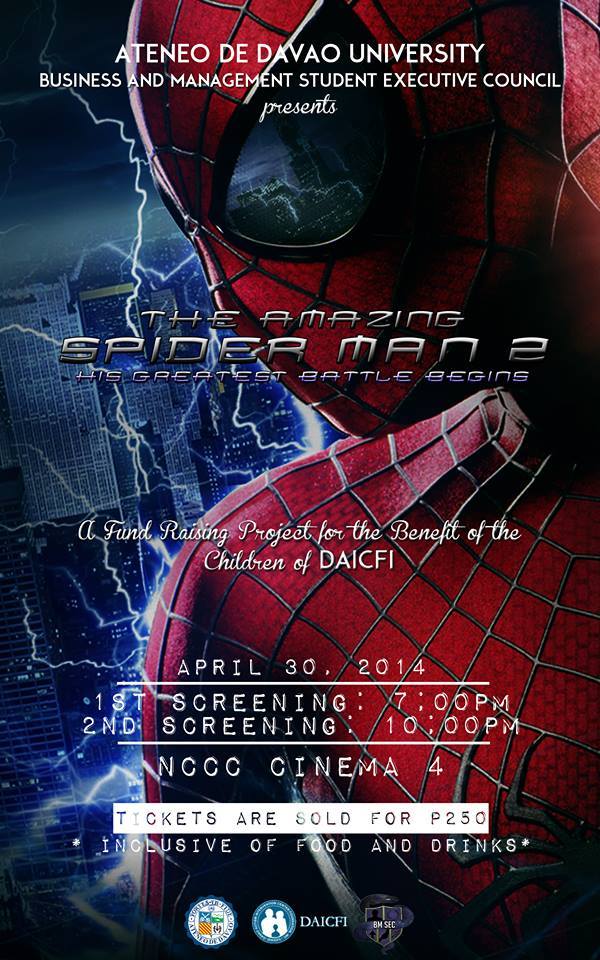 First screening will be at 7pm and 10pm for the 2nd screening. Ticket per screening is sold separately.

Proceeds from the event will be used for the children of The Davao Autism Intervention Center Foundation, Inc. (DAICFI), an organization which provides services for children with autism and other related disorder.

We’ve always known that Spider-Man’s most important conflict has been within himself: the struggle between the ordinary obligations of Peter Parker and the extraordinary responsibilities of Spider-Man. But in The Amazing Spider-Man 2, Peter Parker finds that his greatest battle is about to begin. It’s great to be Spider-Man (Andrew Garfield). For Peter Parker, there’s no feeling quite like swinging between skyscrapers, embracing being the hero, and spending time with Gwen (Emma Stone). But being Spider-Man comes at a price: only Spider-Man can protect his fellow New Yorkers from the formidable villains that threaten the city.

With the emergence of Electro (Jamie Foxx), Peter must confront a foe far more powerful than he. And as his old friend, Harry Osborn (Dane DeHaan), returns, Peter comes to realize that all of his enemies have one thing in common: Oscorp.