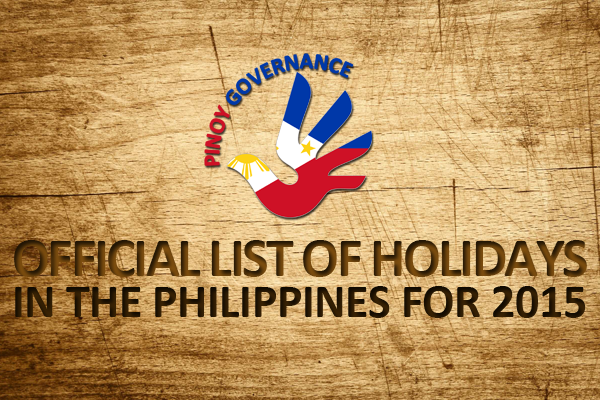 President Benigno Aquino III declared the official list of the Philippine regular and special non-working holidays for the year 2015. Signed in Manila on July 17, 2014, The Proclamation No. 831, series of 2014, consist of 18 holidays. Additional two (2) holidays will be announced soon to finalized Muslim holidays next year.

The 18 holidays include the following: