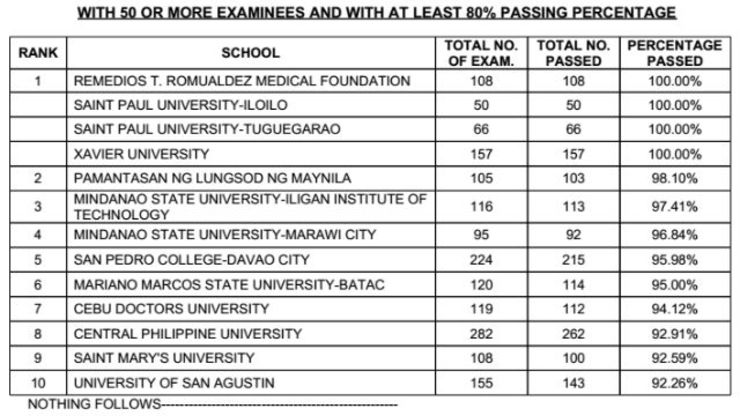 San Pedro College of Davao, considered as one of the best nursing schools in Mindanao, was hailed as the Top 5 Best Performing Nursing School in the Philippines. And also placed 3 Top-notchers in the said examination.

SPC is also has one of the most numbers of examinees. Out of the said number 215 passed with the total percentage of 95.98% that is why being a top nursing school was never a question.

Pursuant to Section 16, of Republic Act No. 9173, “all successful candidates in the examination shall be required to take an oath of professional before the Board or any government official authorized to administer oaths prior to entering upon the nursing practice.”

The successful examinees who garnered the ten (10) highest places in the November 2014 Nurse Licensure Examination are the following: