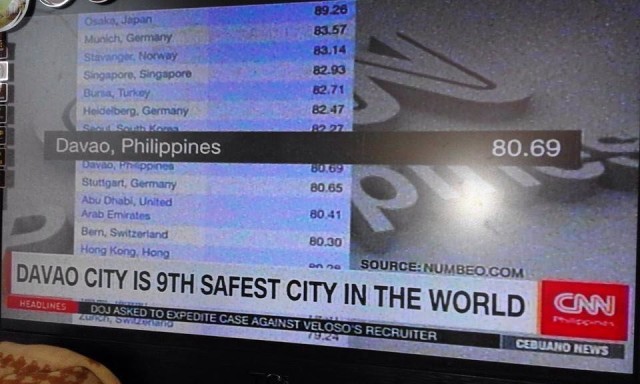 If only by the heaps of accolades reaped through the years, Davao City simply leads the way.

Davao is one of the most peaceful cities in the World with a monthly crime index of 0.8 cases per 10,000 persons per month. Its Davao Police Office is a consistent top pick for the Country’s Best Police Office Award. The City has also established the 911 central communications and emergency response center in 2002 to lessen crime incidences as well as preserve lives and properties.

According to Numbeo, the world’s largest database of user contributed data about cities and countries worldwide, Davao City ranked as the 9th safest city in the world. 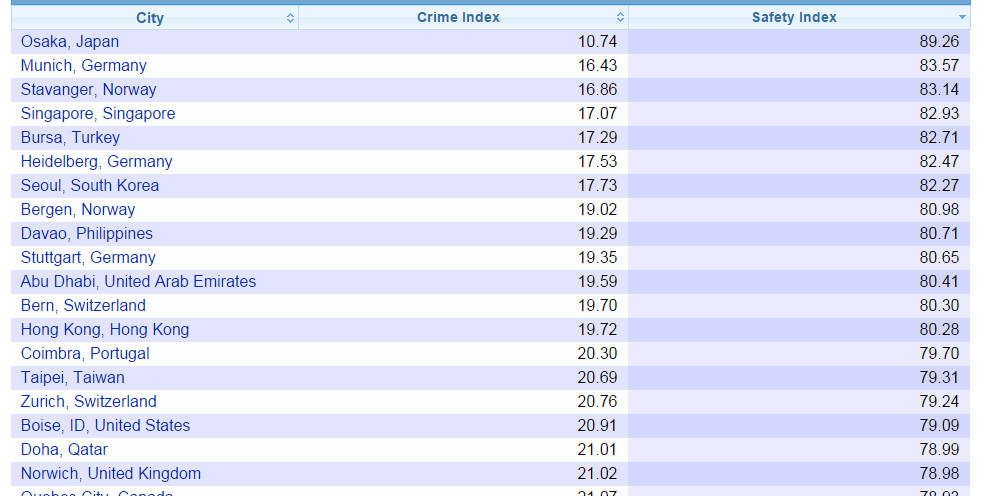 Numbeo says it uses the wisdom of the crowd to obtain the most reliable information possible.