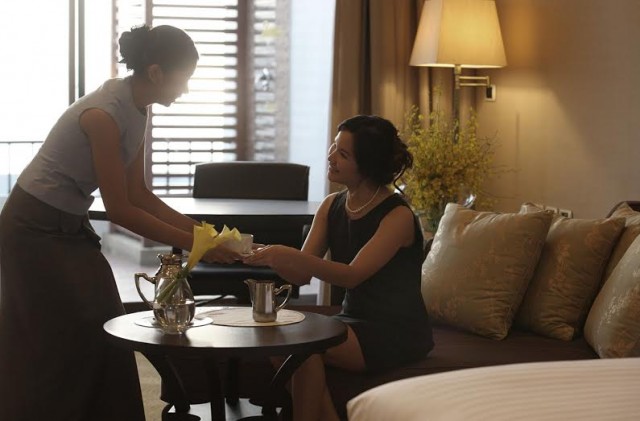 Here’s a new story on international hospitality brand Dusit International’s plan to increase its presence in the Philippines, beginning with reaching out to the upscale, long-staying travel sector through its ongoing construction projects in Davao (Dusit Thani Residences Davao, dusitD2 Hotel and Lubi Plantation Resort) with partner, Torre Lorenzo.

Dusit International Reveals Plans for Tourism Market in the Philippines

Leading international hotel brand Dusit International has disclosed its intent to increase its presence in the Philippines, beginning with reaching out to the upscale, long-staying travel sector. The hotelier has further expressed plans to tap the strong MICE (Meetings, Incentives, Conventions and Exhibitions) market in Asia.

“We are looking to grow in the other cities and destinations within the Philippines as we are positive about the country’s tourism outlook and potential. These new projects can leverage from our experience and established networks in the Philippines and in the region,” said Ryan Chen, Dusit International Director for Development Asia Pacific.

According to Chen, Davao was chosen because of the positive economic growth in the region, which bodes well for the international hospitality industry. He further commended the company’s timely partnership with Filipino real estate developer Torre Lorenzo.

“We have found a quality partner in Torre Lorenzo as this company is both experienced with the local real estate market and is aligned with our vision for the Dusit brand in the Philippines,” Chen elaborated.

Other projects in Davao also in the works are the dusitD2 Hotel and Lubi Plantation Resort. dusitD2 Hotel is a 120-key hotel that will feature high-tech and modern conveniences coupled with a chic and playful design that matches Davao city’s youthful vibe. Located adjacent to Dusit Thani Residences, this will be the first dusitD2 Hotel in the Philippines.

Meanwhile, Lubi Plantation Resort is a 37-hectare master planned resort community situated in a private island off the coast of Davao. Developers intend to position the resort as the country’s first internationally branded club membership.

On a regional scale, Dusit International is looking to strengthen its capability to cater to the booming MICE (Meetings, Incentives, Conventions and Exhibitions) industry in Asia.

“Industry reports show that Asia is fast becoming a preferred destination for MICE. With that, Dusit International is gearing up its services to meet this demand across our locations in Asia. We’re optimistic that our new properties in Davao will be able to participate in this trend. A key aspect of the industry in Davao is its robust domestic market and relatively untapped markets where opportunities for growth are abundant,” Chen shared.

Chen added that as incentive travel is on the rise, new destinations are being preferred. Davao, given its burgeoning economic growth, is further touted to be a destination that will best cater to business travellers.

Chen observes, “The Philippines is similar to Thailand in many ways as the country offers a diversified myriad of attractions and demand generators. The Philippines has very warm and friendly people which are very valuable to the tourism industry.”

He identified the country’s natural beauty and welcoming personality, coupled with Dusit’s reputation as an internationally-trusted brand, as key ingredients that will make Davao a prime choice for international and domestic investors.?