TAGUM CITY – A sub-adult female spinner dolphin was seen stranded and rescued off the shores of Barangay Liboganon by the City Environment Natural Resources Office (CENRO) and the Bantay Dagat operatives under the Security Management Office (SMO) led by Elmer L. Rellon last January 4, 2016 at around 3 o’clock in the afternoon.

The 130cm total length long with 65cm girth, 10cm Dorsal, 17cm Flipper right, 19cm Flipper left and 35cm Fluke mammal was stranded when the Liboganon waters of the Davao Gulf fell dry due to a low tide and was found in a weakened state despite not having wounds or any mark of a similar kind on its body.

The dolphin is currently in the joint care of the City Veterinary’s Office and the City Environment and Natural Resources Office and is placed on one of the tanks at the Liboganon Multi-Species Hatchery for treatment and recovery.

City Veterinarian, Dr. Jesus Eduliantes said that the dolphin had to be orally administered with potable water to rehydrate it since a considerable amount of time had already lapsed between its last meal and stranding. 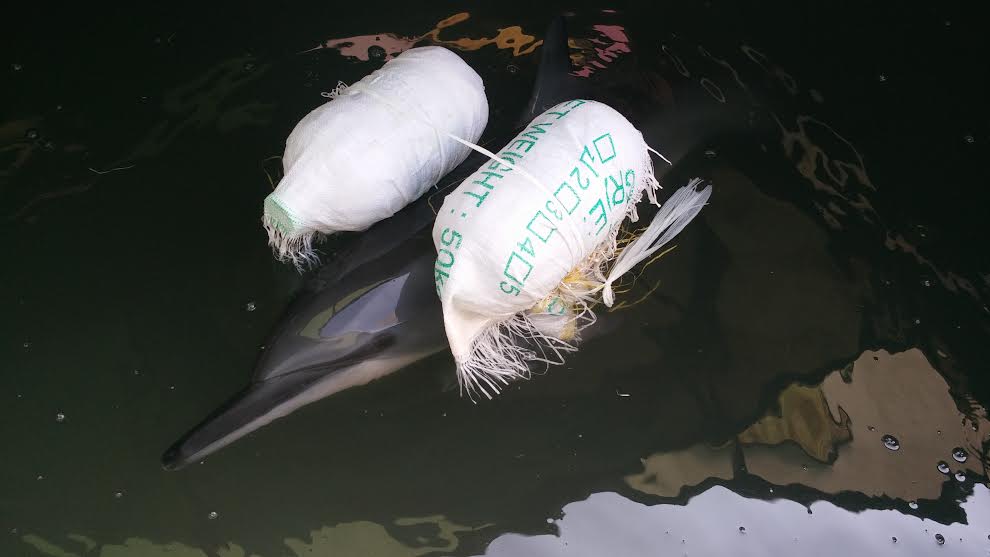 The dolphin also had to be attached to a make-shift floater to keep it from keeling over on its side and drown in the process.

He added that the city government will release the rescued spinner dolphin once full recovery has been attained and it has regained its strength and stamina. (RICHI D. GULLE/CIO-Tagum)