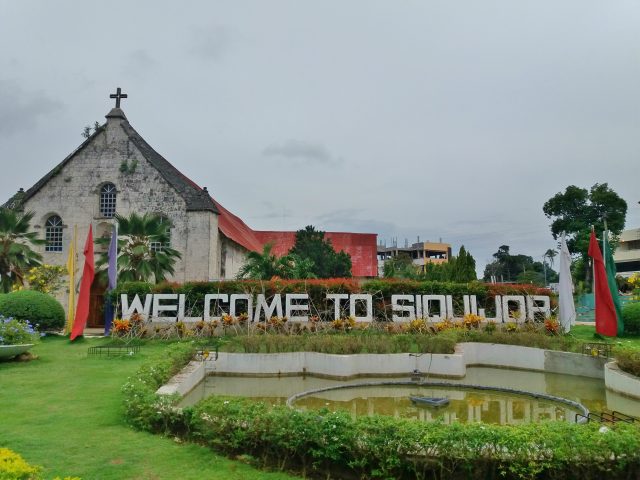 Siquijor, for most Filipinos, is full of mystery. We often hear about people talking about the sorcerers, witchcraft and faith healers that even the Marcoses hired to treat the late president. Although I don’t believe in “not-like ours” and “mangkukulams”, I have to admit these things are some of the reasons that discouraged me to visit the island. Boy, how I regretted that. If you’ve never been to Siquijor, you should definitely include it in your bucket list.

Siquijor, also known as Isla de Fuego (Island of Fire) is situated in Central Visayas. For a time, it was part of Negros Oriental until it became an independent province in 1971. It is the third smallest province in the Philippines in terms of population. In the recent years, Siquijor has managed to use its mystic traditions as a capital to attract tourists.

How to go to Siquijor

For my fellow Davaoenos:

If you are coming from Davao, the easiest way to go to Siquijor is to fly to Cebu and take a ferry at the Cebu City Pier to Siqujor. For the ferry schedules, please go to this link. I personally didn’t follow this route, because we included Oslob and Dumaguete to our itinerary. If this is not available, go from Mactan Airport to the south bus terminal and take a bus to Lilioan. From there, take a ferry to Dumaguete port and from Dumaguete, take a ferry to Siquijor.

How to go around Siquijor 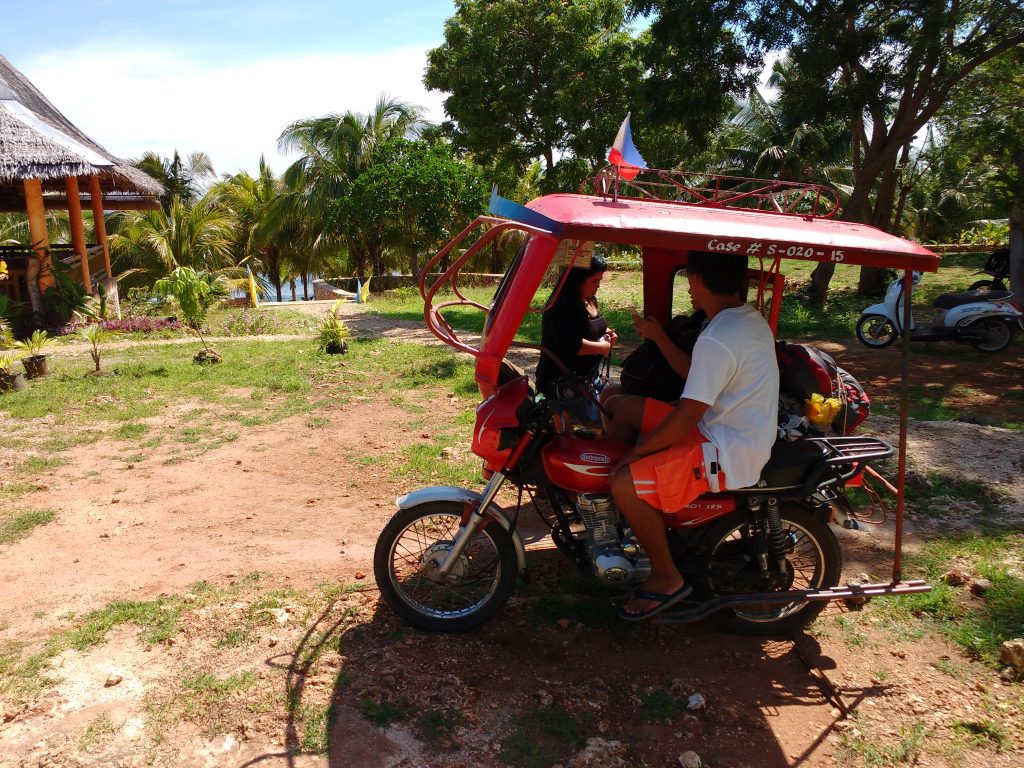 Right outside the pier, you can find many tricycles that you can charter for tours. The usual rate for a day tour is 1,000. Make sure to go to the tourism desk outside the pier, so you can see the latest standard price for the tours. This is the mode of transport we took. We started the tour as at 8am as we didn’t had breakfast yet. We had breakfast at the tea in Enchanted Balete Tree & Fish Spa. We ended the tour at 4pm.

Hotels in Siquijor offer different tour packages. The rates are the same and it usually depends on how many people you are in the group and the type of vehicle you’d like to use.

I wasn’t very impressed by this place. But since we were very hungry and it has a store that sells coffee and some breads, we stopped and had our breakfast. We also paid 5 pesos for the entrance. 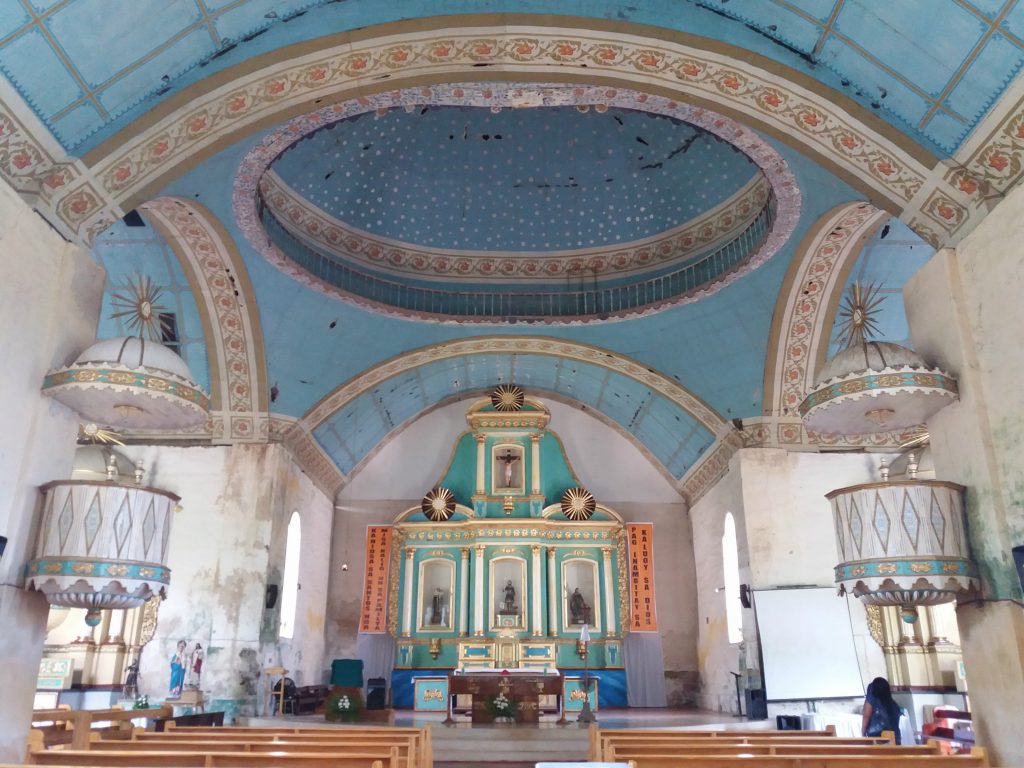 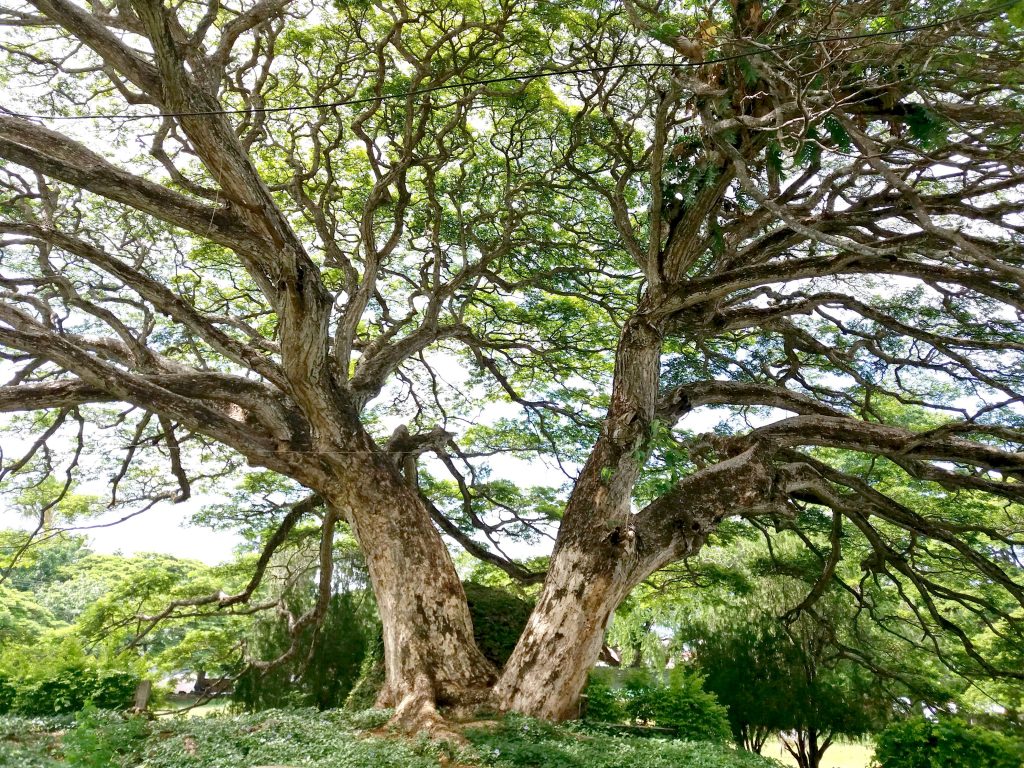 San Isidro Church is one of the most beautiful churches I’ve seen around the Philippines. It was built in 1884 by Filipino artisans. It is quite old, but that only added an extra charm point. The old trees around the church are also very beautiful.

My favorite part of the tour!

The falls wasn’t very high but it was still pristine, unlike some developed and overcrowded waterfalls in Cebu. Also, this is the waterfall that is famous for the Tarzan Jump. It is a must to do the Tarzan Jump if you are here. I did it for 3-4 times and it’s not scary at all. You can also jump off the cliff, which I did once. 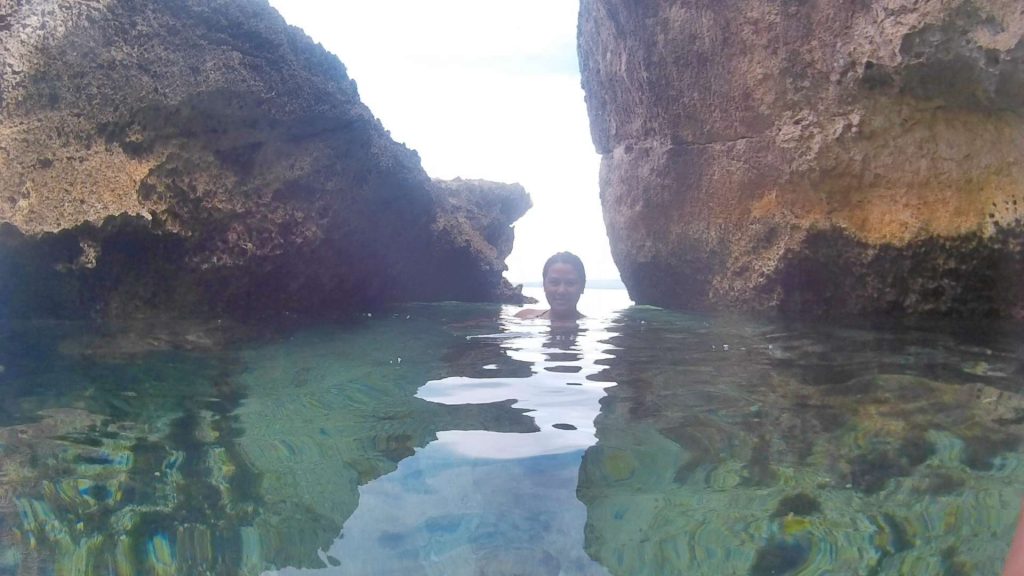 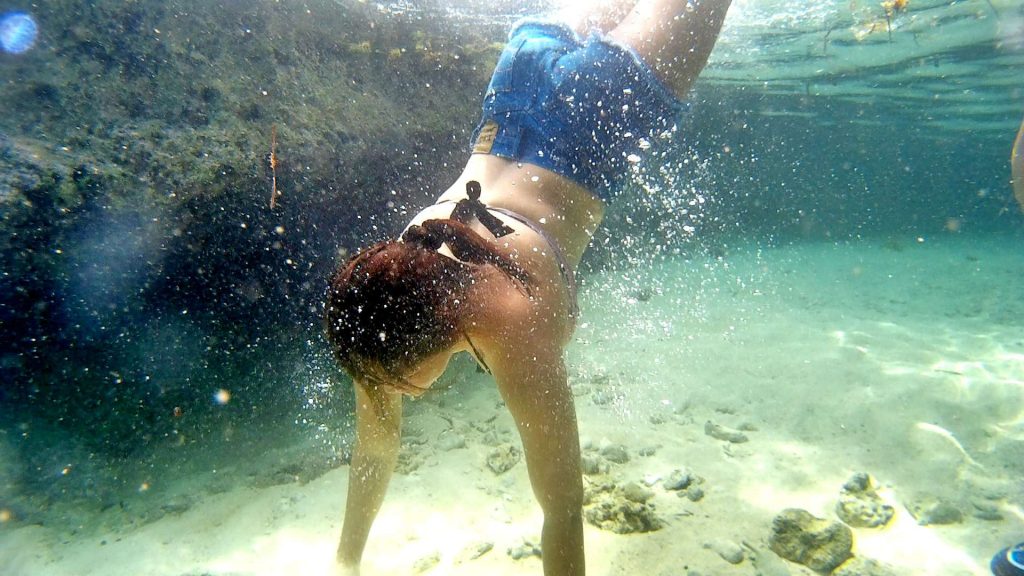 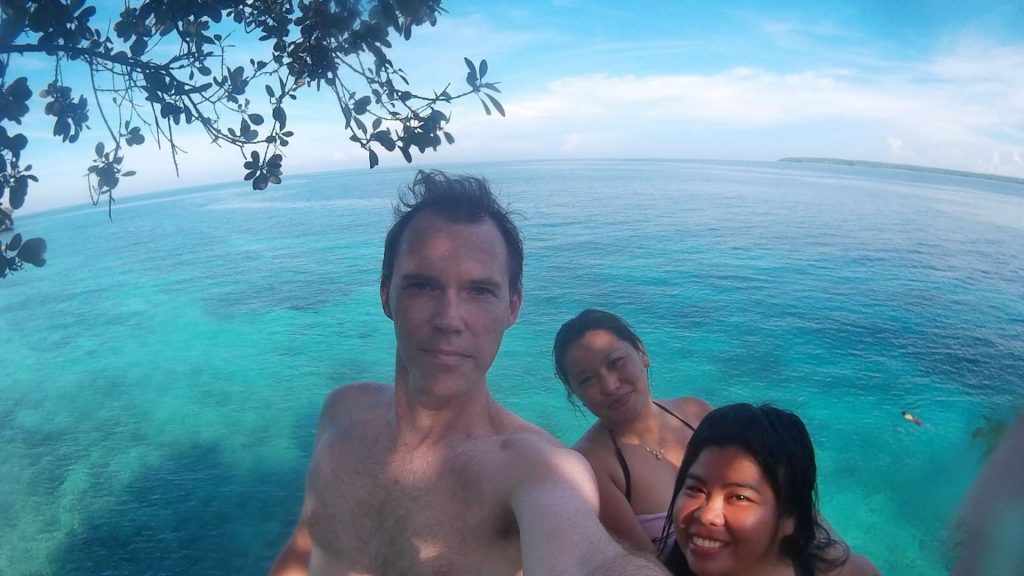 We arrived at Saloogdoong Beach around lunch time and had our lunch there. The beach is developed and has an entrance fee of 25 pesos per person. For those staying overnight, they have rooms and a restaurant. The front side of the beach is developed with slides and spots for cliff diving. We didn’t go there as there were a lot of tourists and the left side of the beach was just breathtaking! We had it all to ourselves and that’s why we lost track of time. Good thing our tour guide/trike driver was understanding.

This is a public spring park in the middle of San Juan, Siquijor. We didn’t stop here to take pictures, we just looked from our trike. Entrance fee is free. 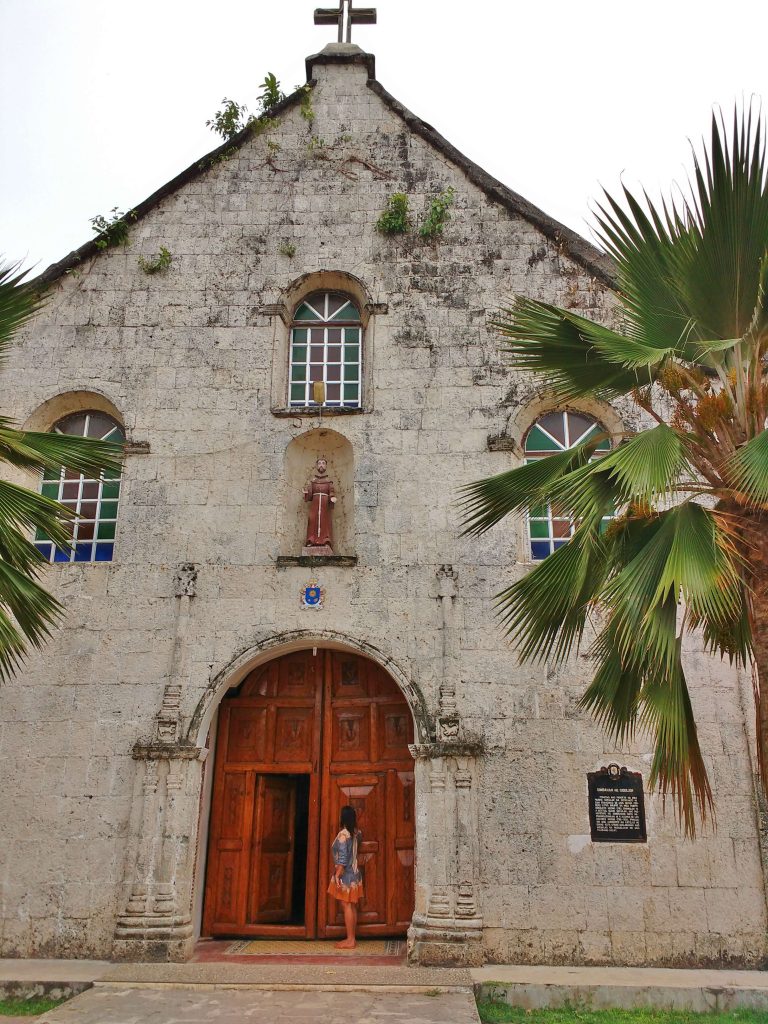 Another beautiful Baroque church in Siquijor. You will find this right at the center of the town and a few steps outside the pier. In front of this is the “Welcome to Siquijor” sign, so you can take pictures here.

Where to Stay in Siquijor

There are many resorts all over the province of Siquijor. We stayed at Islandia Beach Resort in San Juan, Siquijor for a night and at Garden Bungalows Resort for 2 Days. Islandia was ok. We took a garden view room but there wasn’t really a garden. They didn’t have a shower handle and their food was quite pricey. The beach was fine, too. As for Garden Bungalows, I rated it 5/5 because the whole resort is perfect and it’s close to the Siquijor downtown. The only con is that they don’t have a restaurant.

Where to eat in Siquijor

There are many restaurants in San Juan. But since we only stayed there for a night and the hotel we got was quite remote, we didn’t get the chance to check them out. But we dined in at Bell View restaurant in downtown Siquijor. It is a new restaurant, so you couldn’t see many reviews online. But Kuya Bobong of Garden Bungalows recommended it. We thought it was expensive, because it looks fancy. But the food was fairly priced.

We also tried the karenderia across Bell View called Joel’s Lechon Manok. Their signature dish is of course the lechon manok, but they also have other Filipino dishes. Prices range from 30-60 pesos.

This coffee shop is not very convenient if you’re only planning on eating, because it is in Larena and the trike trip would take 30-40 minutes. It is located uphill and it was challenging for the trike, so we had to walk in some parts. The view is amazing though! We had desserts here, which were fairly priced and great-tasting.