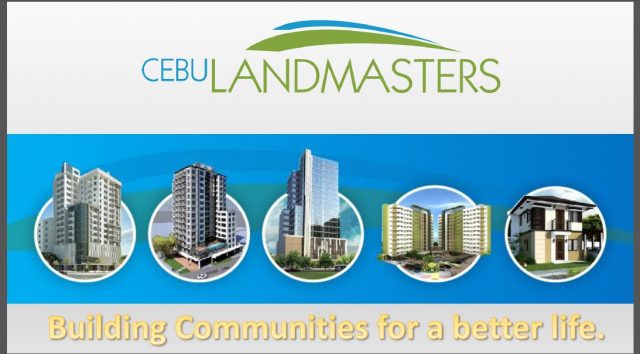 Cebu Landmasters Inc. (CLI), the leading homegrown developer in Metro Cebu, intends to raise up to P3.8 billion from an initial public offering scheduled for May to fund land acquisition and development costs for its expansion plans to five key cities in Visayas and Mindanao. Part of the proceeds will also be used for debt repayment and working capital requirements.

In a prospectus submitted to the Securities and Exchange Commission today, Cebu Landmasters is listing and selling firm shares of 505 million common shares with an over allotment option of 75 million shares on the local bourse targeting mid-to late-May 2017. This represents up to 34% of the company’s outstanding common shares, post-IPO.

CLI is the first Cebu-based real estate developer to apply for an IPO and the leading local real estate developer in the Metro Cebu residential condominium arena. It accounts for 11 per cent market share of the total supply of residential condominium units in Metro Cebu, second only to Ayala Land, according to a market study by CBRE Philippines (now Santos Knight Frank).

In just 13 years, Cebu Landmasters has diversified from the residential segment into commercial, hospitality, industrial and mixed-use product offerings further distinguishing it from other VisMin real estate players. CLI president and CEO Jose Soberano III observed: “We will use our flexibility to create new developments in the cities of Davao, Cagayan de Oro, Dumaguete, Bacolod, Iloilo and new Cebu locations. These projects will maximize the demand and supply indicators in each location with the best uses for each site.”

In highly urbanized areas exhibiting strong sustained growth like the booming  Cebu I.T. Park, for instance, it will offer a  high-end New York inspired residential development masterplanned by global designers to be part of a mixed-use hub with a retail plaza, park and a future office component. In rapidly urbanizing cities like Davao and Cagayan de Oro, it will offer mid-market residential condominiums that meet the needs, aspirations and price points of BPO and other employees as well as those of OFWs. In fact, the first phase of its Cagayan de Oro project sold out in less than a year.

Meanwhile, in the so-called Next Wave Cities like Dumaguete, Iloilo and Bacolod where BPO firms are locating and fueling the economy together with OFW remittances, it will offer its economic housing brand known for its generous amenities and ideal location.

In 2016, Cebu Landmasters generated revenues of P2.17 billion and net profits of P702 million. Its recent projects include residential condominiums Mivesa Garden Residences and Midori Residences identified by CBRE as the top-selling projects in Metro Cebu. It also sold office projects and partnered with The Ascott Limited to develop Citadines Cebu City to open by 2019 with 180 serviced apartments.

CLI has also built its track record on projects that offer exceptional values to clients. Soberano explained that its being a homegrown company allows it to tap the best suppliers and best deals in VisMin locations and to pass on the savings to customers. “Being value-focused Visayans ourselves, we have a good idea of the kind of spaces clients appreciate and how much they will willingly pay for them.”  CLI is set to continue its hands-on approach and maximize its knowledge of the local  market to achieve high client satisfaction scores across VisMin, he emphasized.