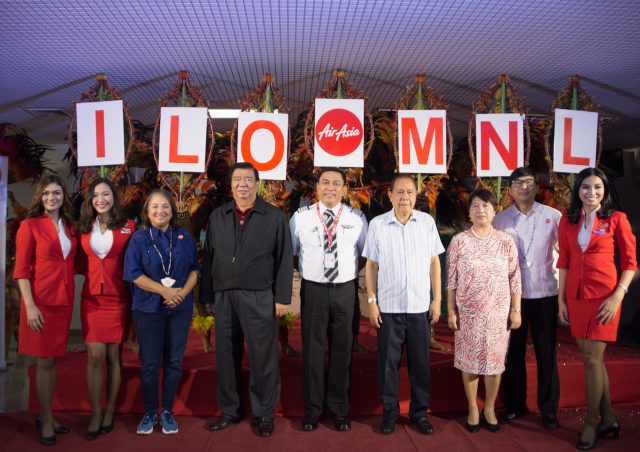 MANILA, 2 October 2017 — AirAsia is now flying to Iloilo International Airport, the primary gateway to Western Visayas and Panay region. The airline voted the World’s Best Low Cost Carrier for nine years running flew its maiden flight from Manila to Iloilo yesterday with Dinagyang-themed festivities held at both Manila and Iloilo airports to welcome guests and passengers. Dinagyang festival is Iloilo’s most celebrated religious and cultural festival held every January. 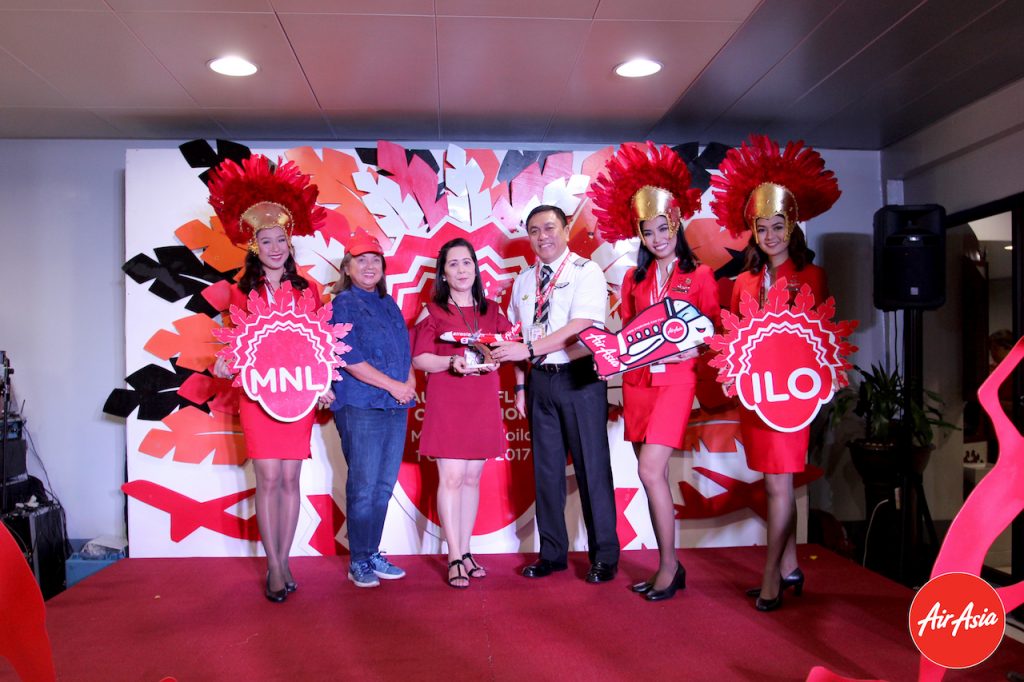 AirAsia Philippines CEO Dexter Comendador said, “AirAsia is now painting Iloilo skies red and we are here to provide only the best and world-class service that every traveler from Iloilo and the whole of Western Visayas and beyond truly deserves. Our brand of air travel is characterized by efficiency, innovative service culture, and unparalleled low fares.”

“Our commitment is to better connect secondary cities in the Philippines to ASEAN where the AirAsia Group has an extensive network across all ten countries and even beyond including Asia, Australia, India, and many more.”

“We are grateful for the support from the government and local chief executives including those in the hospitality business, our hotel and travel agency partners, in crafting policies that truly support and promote tourism. Let us continue to work together to provide a level-playing field, encourage fair competition that affords every traveler more and better choices, and enable the expansion of airline services to more communities,” Comendador added.

All AirAsia passengers flying to and from Iloilo also joined the celebration and received special souvenir items before boarding their flights.

To celebrate AirAsia’s newest flight, promo fares for Manila – Iloilo from as low as P990, all-in are now available for booking at airasia.com from 2 October until 15 October 2017 and valid for travel starting 9 October 2017 to 31 March 2018.

AirAsia services Manila – Iloilo with three flights daily using the airline’s fleet of Airbus A320s that can accommodate up to 180 passengers.