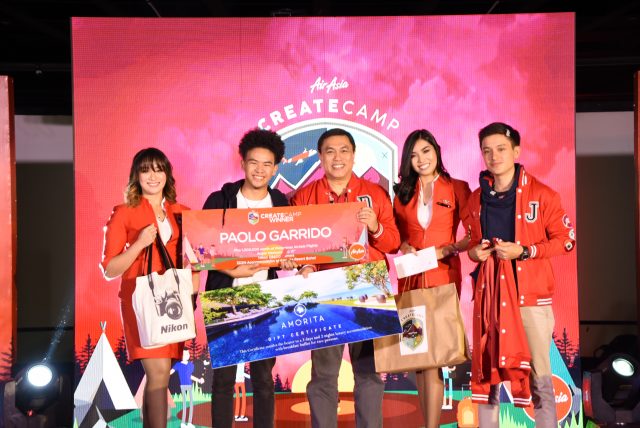 MANILA, 9 November 2017 – AirAsia today revealed the grand winner of its first-ever social media reality contest called #AirAsiaCreateCamp: The Search for the Next AirAsia Storyteller. Paolo Garrido from Mapua Institute of Technology bested four other finalists from Baguio, Cebu, and Iloilo and has been officially named member of AirAsia’s community of storytellers. 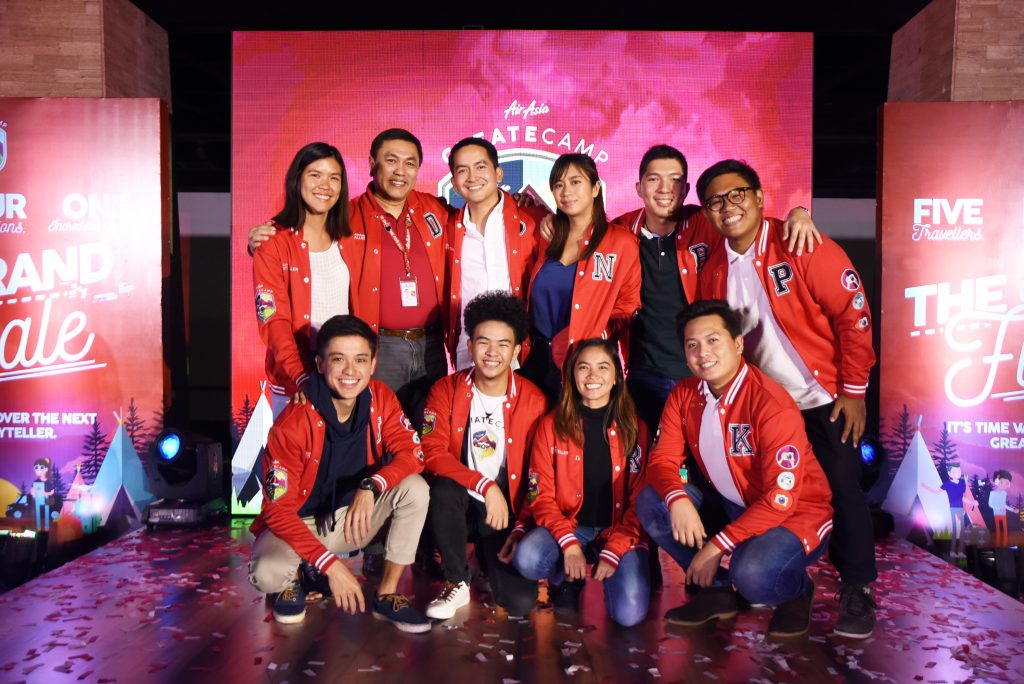 After an initial judging period from over 500 entries, participants were narrowed down to 50 with select panel of judges declaring top 5 finalists in August based on creativity, originality, and quality of storytelling.

AirAsia Philippines CEO Captain Dexter Comendador said, “Aside from the quality of work, admirable level of skills and creativity, we would like to emphasize the value of hard work, attitude, and passion among the youth. Paolo represents these values during the rigorous camp that took them from highlands to islands for one month period.” 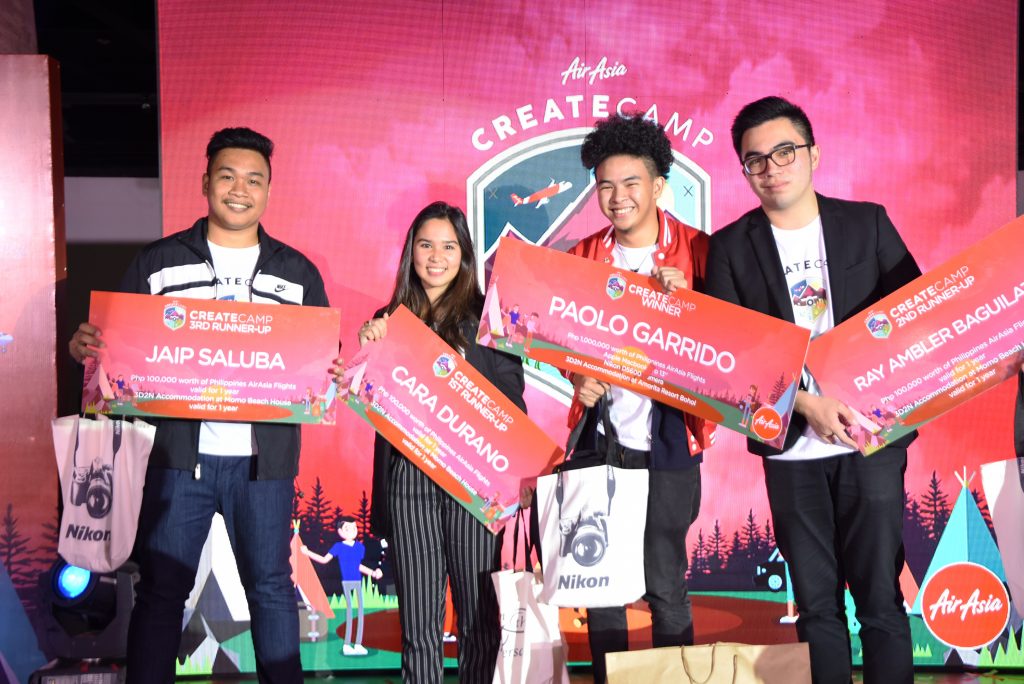 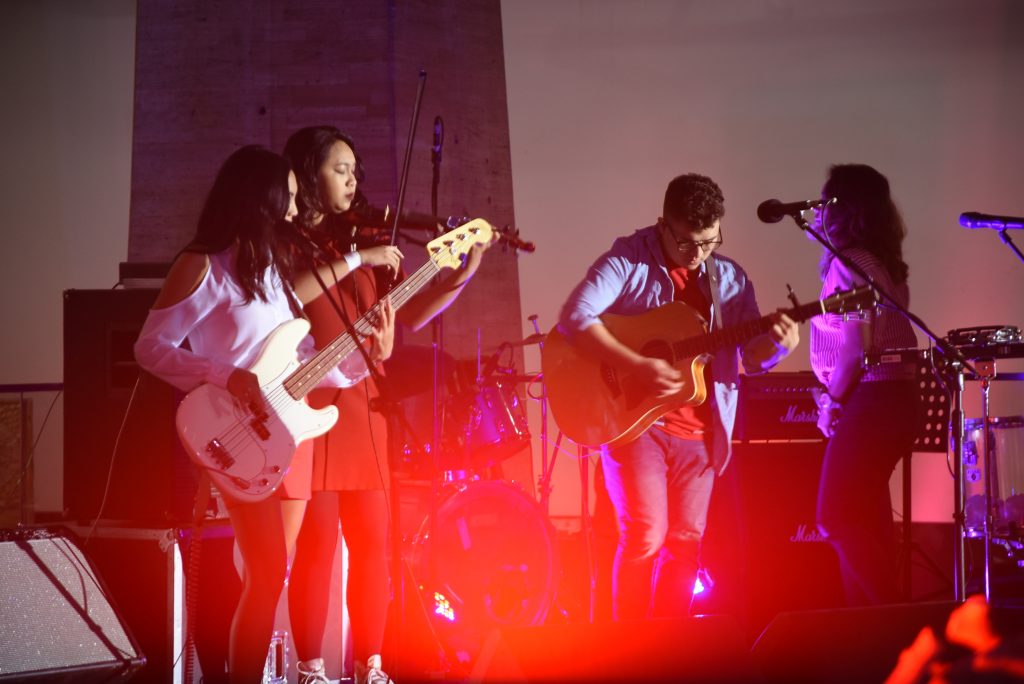 “AirAsia’s success story is about the power of a dream, a strong mindset, and an exciting history fueled by passion, creativity, and adventure. There are so many stories out there for everyone to discover, through #AirAsiaCreateCamp we are providing the platform for these young aspiring talents to shine,” Comendador added.