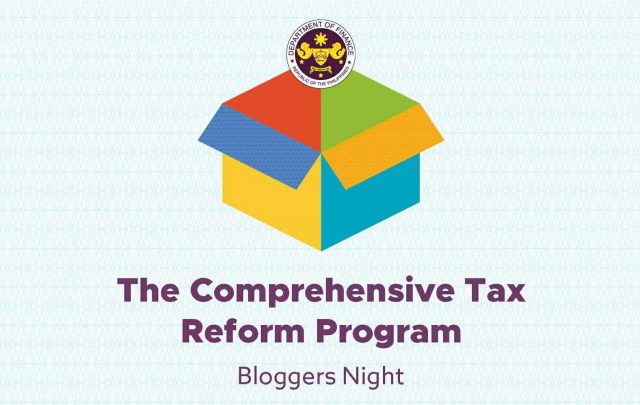 “Educate to influence” — Department of Finance (DOF) Undersecretary, Karl Kendrick Chua and at the same time the author of the Tax Reform for Acceleration and Inclusion (TRAIN) law, imparted to the Dabawenyos the purpose, significance, and effect of the Comprehensive Tax Reform Program (CTRP) together with Director of Strategy, Economics and Result Group of DOF, Mitch Abdon last March 23, 2018 at the Marco Polo Hotel, Davao City during the Bloggers and Influencers’ Night.

The objective of the forum is to improve the knowledge and understanding of the newly imposed tax reform law. The exchange of the conception radiated in the entire room.  The hungriness of the audience regarding the economic impact of the law was supplemented thereby as the night sails.

The presentation of undersecretary of DOF began with the objectives of the CTRP law which are to collect enough funds for public goods and redistribute the income especially to the poor. The approach in perceiving the law should be a package for the law obtains five types of package. However, the Congress only attained the first two packages namely the TRAIN law and Corporate Incentive Tax.

The package 1 dwelt mostly in the reduced income tax where people who acquire salaries less than 250,000 as an annual income will have 0% tax reduction from a 5%-32%. Through this, the system of tax collection had been renewed after 20 years. The effectiveness of the law started on January 1, 2018.

Usec. Karl Chua explaining the impact of the contribution of TRAIN law in the inflation rate

On a more detailed sense, the increased excise tax on petroleum products and automobiles were levied because the cost it incurs for the environment.  Also, the sweet beverages which were chosen to increase its tax due to the health illnesses that may cause. According to Mr. Chua that the easy accessibility, cheaper than water and the empty calories it attains were the reason why sweet beverages were included in the commodities for the excise tax.  Nonetheless, because of the TRAIN law, other commodities have also increased their prices. But the author clarified that businesses take advantage the excise tax to gain more profit and that is’ profiteering’. The perception of people that inflation is correlated with the impact of TRAIN  that caused mainly to increase other goods is not true for TRAIN only contributed 0.7% to the inflation.

To complement the package 1, reduced corporate incentive tax from 30 to 25 percent was waved under the package 2 of the Comprehensive Tax Reform Program to modernize the company’s incentives for a performance-based, targeted, time-bound, and transparent. The impact of this according to Director Mitch Abdon who evoked the package 2 that government will generate jobs, improve the economy and promote research and development from the incentives granted to businesses.

After the 2 packages were discussed, an open forum was initiated to clarify various intuitions. Likely to other citizens who foresee the law as a burden for the majority, Chua stated that people should see the law as a package for the revenues that will be incurred is for infrastructure projects, developed health services and higher quality of education and social protection.

Lastly, everyone was reminded that as bloggers and social media influencers, one should be responsible for channeling comprehensive and genuine facts to the concerns of the people to uphold government’s intentions. The opportunity to influence is also an avenue to allow people to be critical enough to engage on the occurring issues in the society.