In line with the celebration of the 81st inauguration anniversary of Davao City as a Chartered City, the Agribiz Expo was conducted last March 19, 2018, in Abreeza Mall to promote the locally produced products that are made by Dabawenyos. The event is a gateway for Davao’s agriculture to match farmers to consumers.

Councilor Mabel Sunga Acosta read the speech prepared by honorable Davao City Mayor, Inday Sara. In her speech, she said that engaging to bridge the farmers to the consumers enable to open more opportunities not just for Davao City itself but also to the potential locally made agricultural products. This is an avenue for the farmers to understand their markets and to make their production more efficient. According to the Office-in-Charge of Davao City Agriculture’s Office, Leo Brian Leuterio half of the agriculture sector is agribusiness. It is a commercialization of agriculture where concerns were not merely evolving in production but also with input, manufacturing and distribution until it reaches the end consumers. The expo is a kick-off activity for the upcoming programs of the CAO that will pursue to address the concerns of the farmers regarding the constrained access to market information, access to credit and linkages.

On the other, there were also students from the University of the Philippines taking BS Agribusiness Economics who initiated to promote their innovated, locally made agriculture-based products such as fresh juices, kamote float that is a mango float inspired, mango chutney which is a Mango-based atchara, flavored Taro chips, Squash and Tablea ice candy that is made with coconut milk and the Match and Onion-flavored hopia. Ruben Gonzaga, the known television host of Agri-Tayo Dito and also the host of the event interviewed Kris Ligue, the CEO of the Society of Agribusiness Economists of UP Mindanao, what is the role of the youth to promote Agribusiness? She said that as millennials, it is important to become self-aware of the value of agriculture in our community. Our farmers are the stronghold of our nation, without them, we will have no food on our tables. As millennials, we can contribute by involving ourselves with research in evaluating agriculture and improving its post farm gate activities. Most importantly, it is a must that we stay curious and interested in agriculture.

The Agribiz Expo also launched the AgriXChange, digital marketplace also known as ‘agri-bagsakan’ for farmers and buyers. Its objective is to create market opportunities and increase the profit of our farmers. This can prevent opportunistic behaviors from the middlemen which markups excessively on the products. 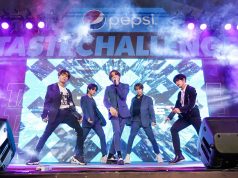 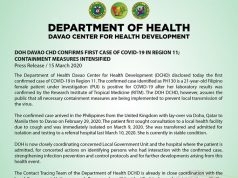 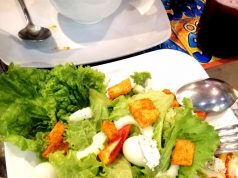