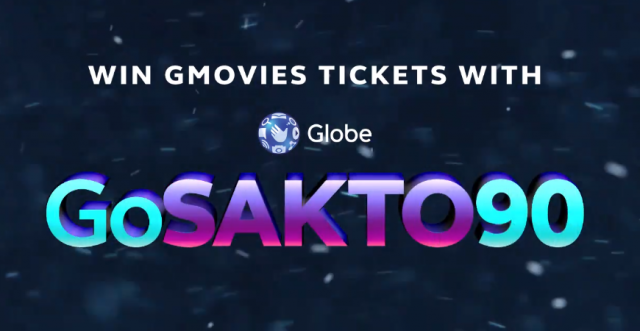 Get more chances of winning movie passes with Globe Prepaid! #PlayItRight and watch it in cinemas starting April 24

Starting last April 24, Marvel fans all over the country are set to flock to cinemas for Marvel Studios’ Avengers: Endgame! For the blockbuster finale of the Infinity Saga, Globe has prepared an exciting lineup of activities and promos so Pinoy fans can get hyped for the film and celebrate their favorite heroes.

Globe kicked off its big campaign at the recently concluded Avengers: Endgame South Korea Fan Event, where Globe ambassador Ashley Gosengfiao got to meet Robert Downey Jr., Brie Larson, Jeremy Renner, and the film directors, Anthony and Joe Russo! Be sure to watch her vlog to get the lowdown on the whole #GlobeAvengers experience in Seoul.

For fans who haven’t gotten tickets yet, don’t fret. Get ready to suit up and #CompleteTheMission as Globe Prepaid gives you more chances to win movie passes to an Avengers: Endgame screening near you!

Get in on the Avengers action with GoSAKTO! They just need to subscribe to GoSAKTO90 from April 1 to 30, 2019, and register for the raffle promo by texting PROMO AVENGERS <Name/Birthday/Email/Address> to 2600. One hundred (100) winners of GMovies tickets for 2 to Marvel Studios’ Avengers: Endgame will be drawn every week!

Upload your Most Creative Avengers-Inspired Photo

Globe Prepaid makes your mall time more exciting as you can get a chance to join an exclusive block screening for Avengers: Endgame!

It’s as easy as 1-2-3 and you’re all set to enjoy a special screening that same night!

Get Your Marvel Geek On

Globe Prepaid is heading to different schools and festivals all over the country to bring the Avengers fever to students! Exciting prizes and freebies are in store for students and festival goers. To win movie passes, all they have to do is download the GMovies app, watch the movie trailer, and answer a trivia question. It’s that easy! Keep an eye out for the #GlobeAvengers booth in the following areas on these dates:

Stay tuned to #GlobeAvengers and #CompleteTheMission contests and news from your favorite Globe ambassadors and influencers for exciting contests and more chances to win movie passes!

Once you’ve gotten your movie tickets, don’t forget to show off your Marvel pride in style! Be the best-dressed fan at the cinemas with apparel and accessories from the 0917 x Marvel Studios’ Avengers: Endgame collection! Fans can feel like part of the team with the Avengers Suit Windbreaker Jacket, patterned after the Quantum Realm suits of the heroes as shown in the trailer. Other collection apparel such as shirts, sweaters, hoodies, caps, and pouches are available for superfans. Techies can also join in on the fun as the collection features premium iPhone cases, a 3-in-1 charger, and phone grips featuring their favorite Marvel heroes. Get yours today by visiting the Globe Online Shop, or dropping by select Globe Stores.

The grave course of events set in motion by Thanos that wiped out half the universe and fractured the Avengers ranks compels the remaining Avengers to take one final stand in Marvel Studios’ grand conclusion to twenty-two films, Avengers: Endgame.

Complete the mission and avenge the fallen with Globe and Marvel Studios’ Avengers: Endgame! Visit globe.com.ph/avengersendgame for more information and follow Globe ICON on Facebook and Instagram.