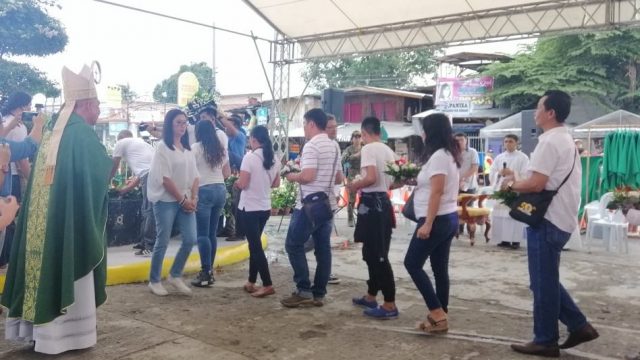 In commemoration of the 3rd anniversary of the Roxas Night Market bombing, a mass was held yesterday in front of the Tree of Life Memorial Marker at Roxas Street.

The City Government of Davao, families of the victims, survivors, and other Dabawenyos commemorated the tragic incident that happened three years ago. The Holy Eucharist was presided by Archbishop Romulo Valles of the Archdiocese of Davao City.

In his homily, he emphasized the importance of maintaining peace and order through being united with our City Government of Davao.

After the mass, Davao City Administrator Zuleika Lopez led the commemoration and read the message on behalf of Davao City Mayor Sara Duterte-Carpio.

“Let us create a culture of security here in Davao City. I ask all Dabawenyos to abide by the measures we have set in place at the Night Market, and everywhere else in the city”, Davao City Mayor Sara Duterte-Carpio said on her message.

According to Lopez, the City Mayor is on her medical leave.