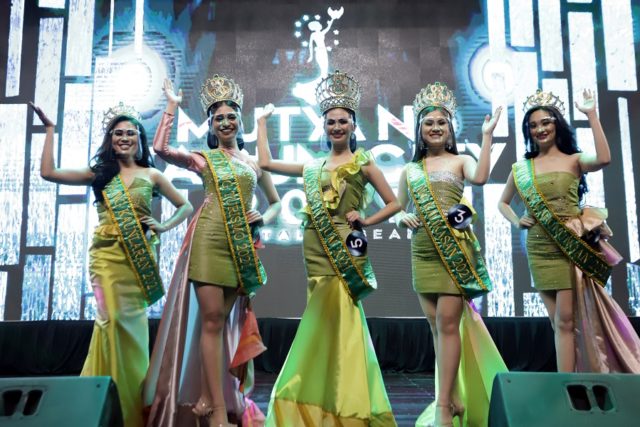 Tagum City – Choosing to face the challenges brought upon by the current hindrances in staging a beauty contest, the City Government of Tagum conquered this year’s adversity by holding its first ever digital pageant where another empowered stunner from barangay Magugpo East was named the new Mutya.

Andrea Mizpah Flores, a 19-year-old photojournalist who is also a BA Communication and Media Arts student from the University of the Philippines – Mindanao, bested 22 other Mutya hopefuls last Sunday, March 7 during the celebration of Araw ng Tagum.

Flores, who is admittedly not new to pageants, shared in her earlier post on Facebook that in most of the pageants she joined in, she would always rank second best. And yet, she proved that through perseverance and determination, one can ultimately reach her dreams and surpass any trials especially after winning the most coveted crown under the most interesting times: amidst the pandemic.

All candidates have indeed the body, beauty, and brains. But what sets Flores apart were her answers during the two interviews where she highlighted the government’s efforts in creating programs and projects that put people’s interests above all.

On her first question about defining resiliency, she said that Tagum, through its leaders was constantly seeking progress while maintaining resiliency despite the pandemic. She added that Tagum is now ready to reach the peak of Tagumpay cultivated by people’s aspirations.

On the second round, she was asked what word best describes the Infrastructure, Communication, and Transportation Development in the city and why.

“…the one word that would describe… is progress. For we are continuing in seeking the road towards progress while ensuring that the price of progress is not with the expense of our environment … if we continue to uphold our core values all while continuing the ten point agenda program, we can soar higher than before.”

In addition, the head turner won the Special award for Wings of Hope Social Media Portfolio, the Highest Number of likes for Mask and Exercise Campaign, Highest Number of Reactions for MUSA’s Casual Photoshoot and one year endorsement contract for MUSA fabric, one year supply of Skin Perfection products and the title as its ambassadress, and 40,000 pesos in cash.

This year’s pageant also brought to the spotlight its partner agencies and companies who have Tagumenyas as their CEOs. This furthers the pageant’s vision of showing examples of empowered women which is in congruence with the International Women’s Day celebration’s campaign #ChoosetoChallenge. The said campaign pursues to challenge the norms and to champion women’s achievements that could bring change to the society.

The grand coronation night was held at the Tagumpay Theatre in the newly blessed and inaugurated “Mother of All Infrastructure Projects” – The City Historical and Cultural Center which is set to open to public in April. Ziyarah Manalo/CIO Tagum