Sunny Davao, the de facto capital of Mindanao, is one of the largest cities in the world in land area (2,444.61/ha), with 71% of the 1.4m population in the urban areas. But the first striking feature of the city is its lack of pollution and urban decay.

It is in the southeastern part of Mindanao, an hour and 25 minutes away by jet from Manila. The island is predominantly Christian, but deep Mindanao is an exotic blend of Muslim cultures. Mindanao itself is part of the East ASEAN growth area, along with Brunei, Indonesia and Malaysia.

Its water is considered the “second best in the whole world”, with Chippewa Falls, Wisconsin, USA, claiming to be the best.

The major languages are Filipino and English, but most people are conversant with Cebuano. Literacy rate is in the high 90s compared with the rest of Asia.

It is the center of commerce. Trade and services with world-class utilities. But the general impression is that this is “a place of perfect balance – fast paced but relaxed.”

To get around, take one of the many cabs plying the street. Aircon cars flag down at 40 RP. The cab drivers are more often than not, friendly and honest.

Davao is one of three areas in the world with 911 Integrated Emergency Response Network. Despite its reputation, crime rate is actually one of the lowest in the world. 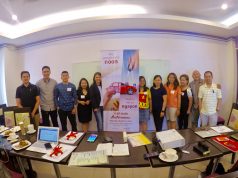