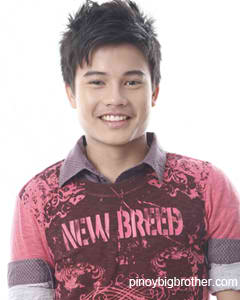 Tom named as Ang Hacienderong Dabawenyo is a farm boy-next-door of Chinese-American-British-Norwegian-Filipino descent which grew up in an hacienda here in Davao. 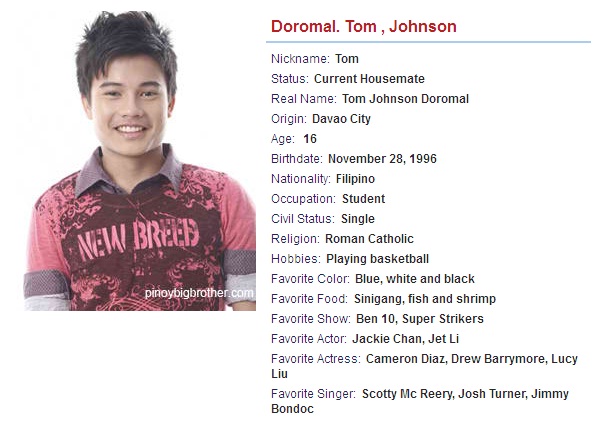 Can he make the Dabawenyos proud again? Follow his quest as the newest housemate for Pinoy Big Brother Teen Edition Season 4 with Toni Gonzaga after “Dahil sa Pag-ibig” in Primetime Bida and “PBB Teen Edition 4 Uber 2012” hosted by Bianca, Robi, and John Prats after “Angelito: Batang Ama” in Kapamilya Gold, and “PBB Teen Edition 4 Updates” with Robi during “Angelito: Batang Ama” and “E-boy” on ABS-CBN. For updates on the program, follow @OfficialPBB4 on Twitter and like www.facebook.com/OfficialBigBrother.