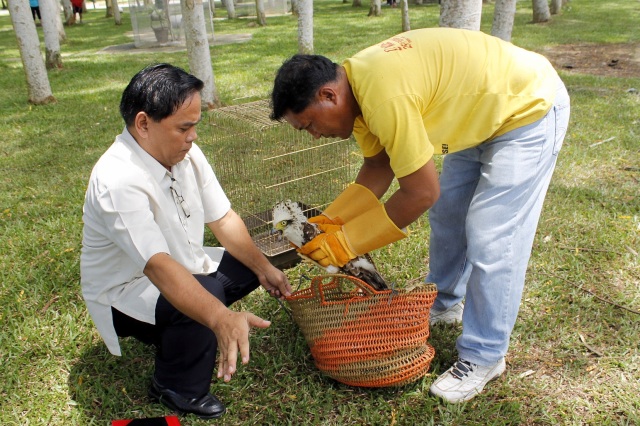 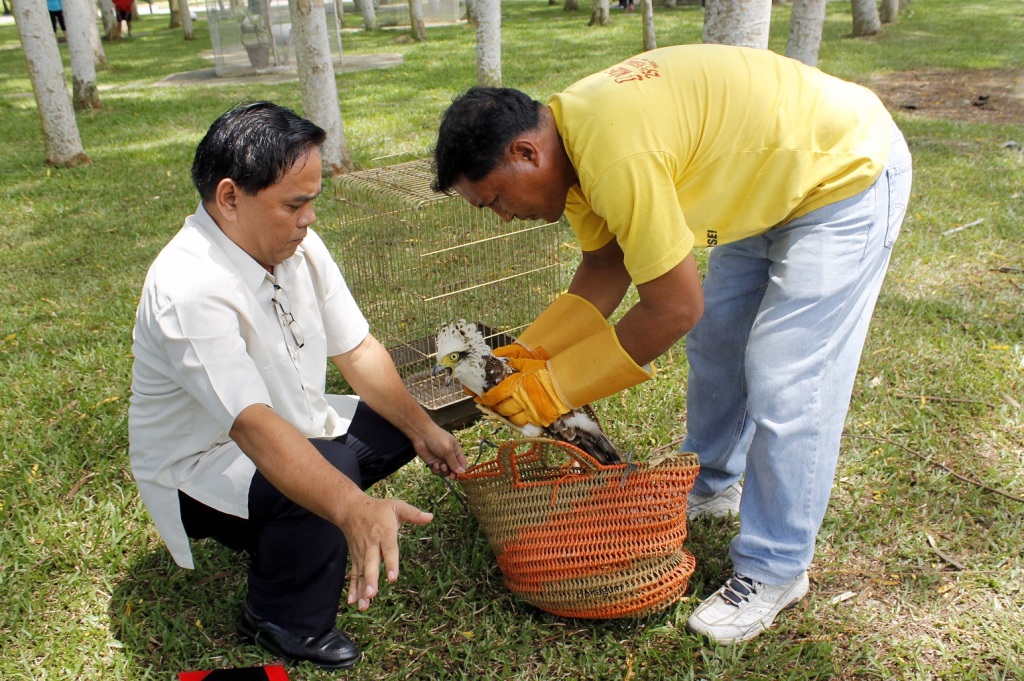 The Aviary of Tagum City, located in the sprawling site in Energy Park in Barangay Apokon, has a new resident nicknamed “LJ,” a Sea Hawk Eagle which was properly turned-over in this city by GMA-TV5 Davao through its reporter Mr. LJ Lindaan last July 3, 2012. Said eagle was captured by a farmer in the Municipality of Mabini in the Province of Compostela Valley. The farmer then surrendered the said animal to Mayor Evalina Jampayas of the Municipality of Mawab, Comval who sought the assistance of GMA-TV5 Davao. According to City Veterinarian Jesus G. Edullantes (on left), who is seen here facilitating the transfer of the said eagle to a cage along with a personnel from the City Veterinarian Office (right), the said eagle is in resistant and in good condition.