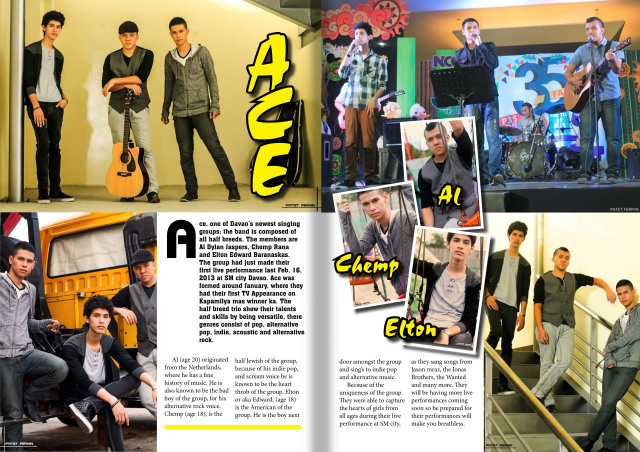 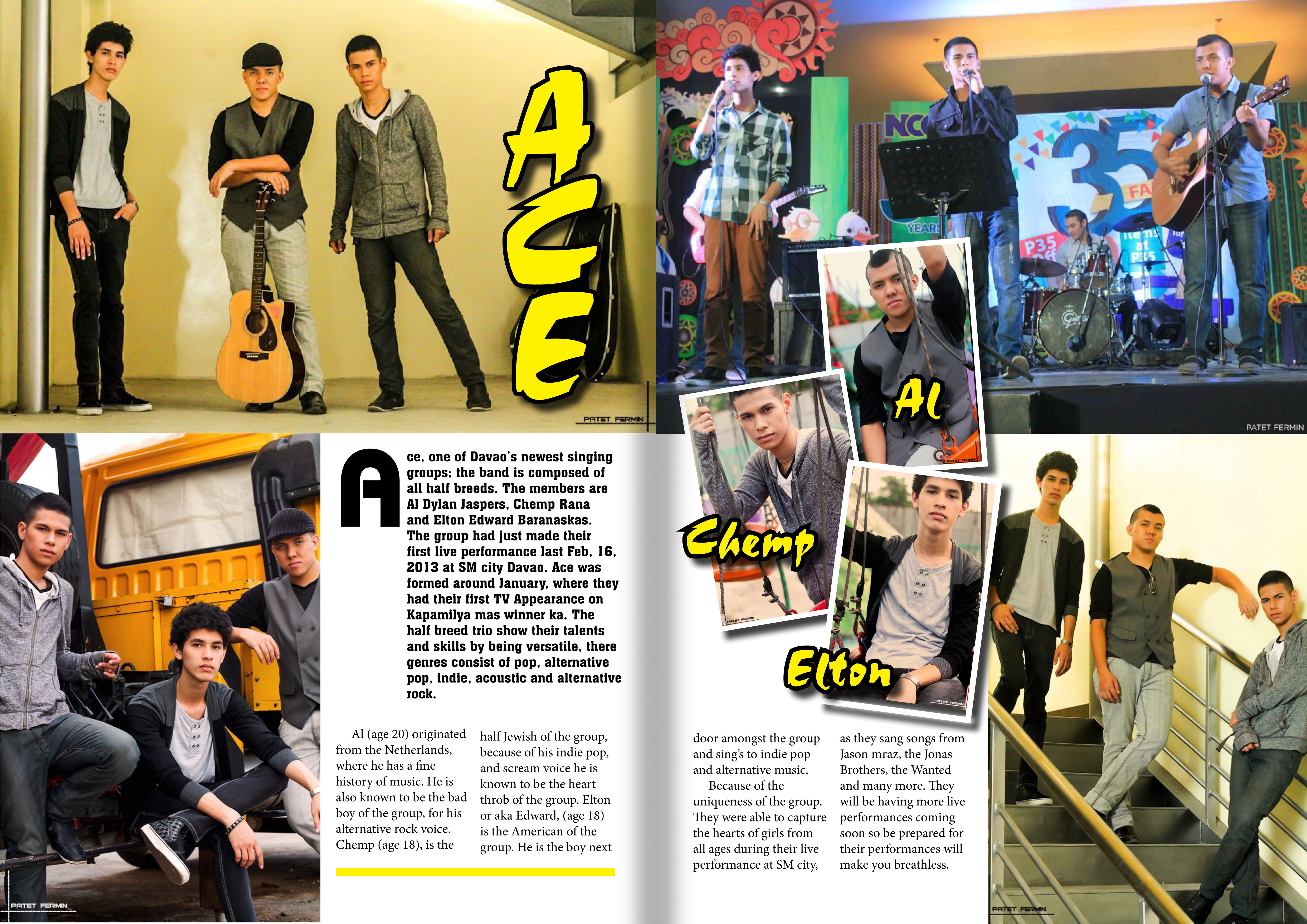 Al (age 20) originated from the Netherlands, where he has a fine history of music. He dubbed to be the bad boy of the group, for his alternative rock voice. Chemp (age 18), is half Jewish – half Filipino, because of his indie pop, and scream voice he is known to be the heart throb of the group. Elton or aka Edward, (age 18) is the half American of the group. He is the boy next door amongst the group and has indie pop and alternative musical influence when it comes to his performance.

The group had just made their first live performance last Feb, 16, 2013 at SM City Davao. ACE was formed around January 2013 where they had their first TV Appearance on ABS-CBN’s Kapamilya Mas Winner Ka show. The trio shows their talents and skills by being versatile, there genres consist of pop, alternative pop, indie, acoustic and alternative rock.

Because of the group’s uniqueness, they were able to capture the hearts of girls from all ages during their live performance at SM City; as they sang songs from Jason Mraz, the Jonas Brothers, The Wanted and many more. They will be having more live performances soon, so be prepared! These boys will surely astound you.