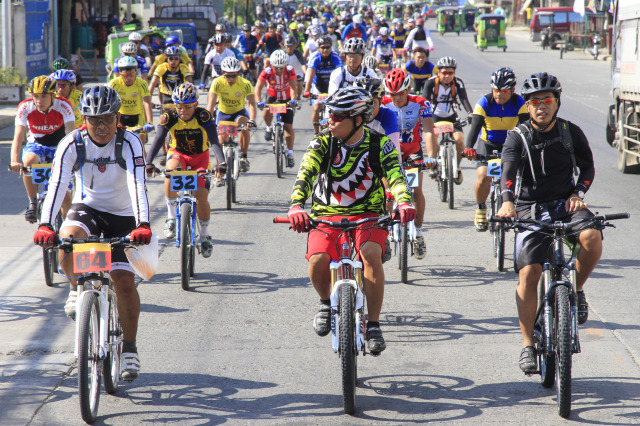 The City Government of Tagum supports the 1st Mountain Bike Fun Ride held recently in the city, hyping-up the bike craze burning all the way to the Brgy. Nueva Fuerza to the New City Hall of Tagum.

The 26-kilometer Fun Ride is organized by the Tagum Biker Boys on September 22, 2013 and is supported by the local government through Mayor Allan L. Rellon and City Councilor Nicandro “Nickel” Suaybaguio, Jr.

The event is conducted for the first time of the Tagum, which generated participation from the 110 cycling enthusiasts from Davao City, Provinces of Davao del Norte, and Compostella Valley.

Suaybaguio quipped in an interview that cycling continues to enjoy strong growth in the city since Tagum offers terrain in its rural barangay that will give local cyclists a fantastic riding experience.

“The objective of this activity is to promote sports tourism through bicycling and a healthy lifestyle,” Suaybaguio added. Gleiza Delgado of CIO Tagum