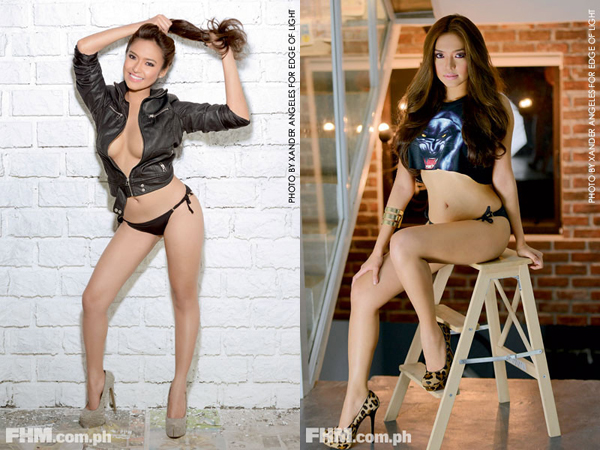 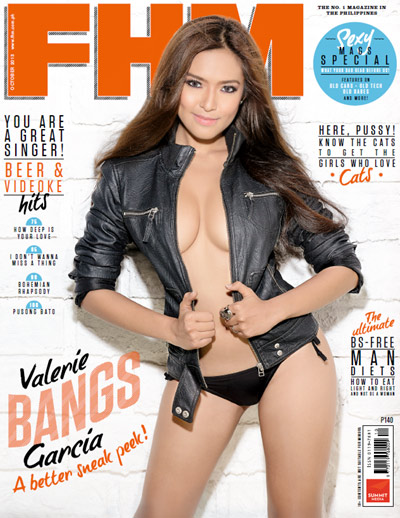 This is Bangs third FHM cover appearance. She first graced the cover of FHM Magazine last May of 2009. This was followed by another cover appearance on the same magazine in March 2010.

Bangs is wearing black underwear and a leather jacket, which showed her cleavage. Other topics inside FHM latest ish include Beer and Videoke hits, The ultimate BS-Free Man Diets and more!

FHM October 2013 issue is now available in leading stands and bookstores nationwide! Digital copies will also be available for download at www.summitnewsstand.com.ph/fhm.