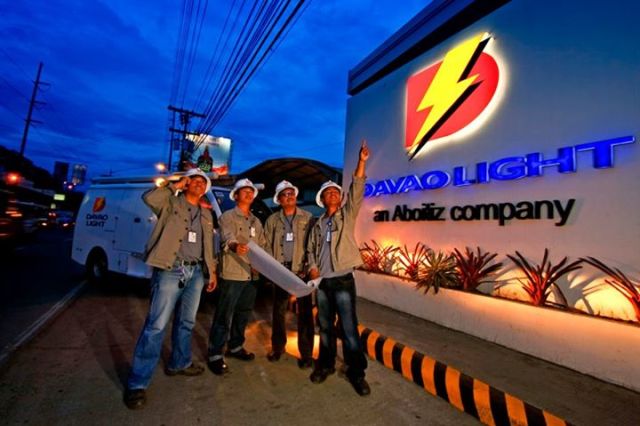 Davao Light & Power Company explains for the total power outage which has affected the customers in its entire franchise area.

The power interruption which started at 3:54 AM resulted after a power disturbance was experienced at the National Grid Corporation of the Philippines’ (NGCP) power transmission line.

Davao Light immediately implemented its contingency measures and within minutes power supply were received from its embedded power sources: the standby Power Plant in Bajada and Hedcor’s Sibulan Hydro power plant. These supplied power to key service providers and limited areas within its franchise.

First attempt of gradual restoration started at 5:52 AM after Davao Light received power supply from NGCP. However, at 6:38 AM power in the entire franchise was cut again.

The next attempt of power restoration was done at 7:00 AM serving power in areas from Puan to Tibungco. Unfortunately, at 8:00 AM, power disturbance was again experienced causing another total power interruption in the electric utility’s entire franchise area.

At 9:30 AM gradual restoration started in most parts of the Davao Light franchise until full restoration at 12:26 PM.

As of press time, Davao Light is still awaiting for the advice from NGCP as to the cause of the said total blackout.

Although the power outage was beyond, Davao Light’s control, it expressed its deep apology to its customers for the inconvenience that they experienced.