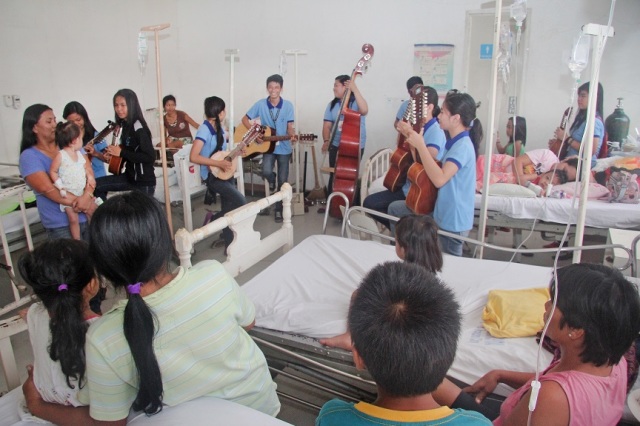 TAGUM CITY—This year’s Musikahan Festival have not only highlighted intense and awe-inspiring musical competitions but also made sure that the festival’s “melody” and “rhythm” goes beyond the centerstage.
In its continuing thrust of bringing the music closer to all sectors of the society, the Musikahan Festival staged several outreach performances aimed at showcasing local talents in various institutions during the course of the festival’s two-week run. 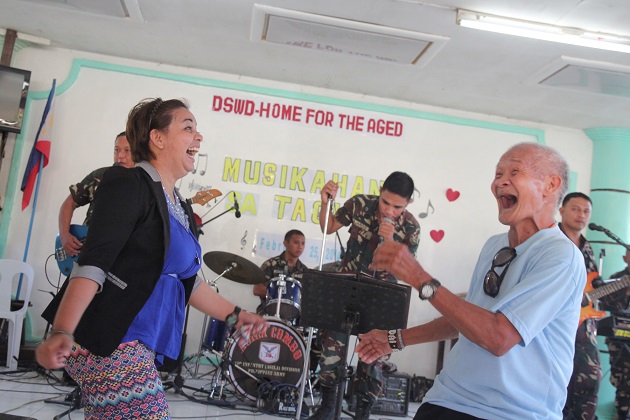 Jubilation sets the mood during the outreach performance held in the Home for the Aged in Tagum City, featuring the 10th Infantry (Agila) Division Combo. Photo by Leo Timogan of CIO Tagum

Each performance lasts up to an hour, where its audience were treated a respite in their daily undertakings upon watching the performances of the NAMCYA National Champion Tagum City National High School Rondalla, the UM Harmonic Chorale and the 10th Infantry (Agila) Division Combo. 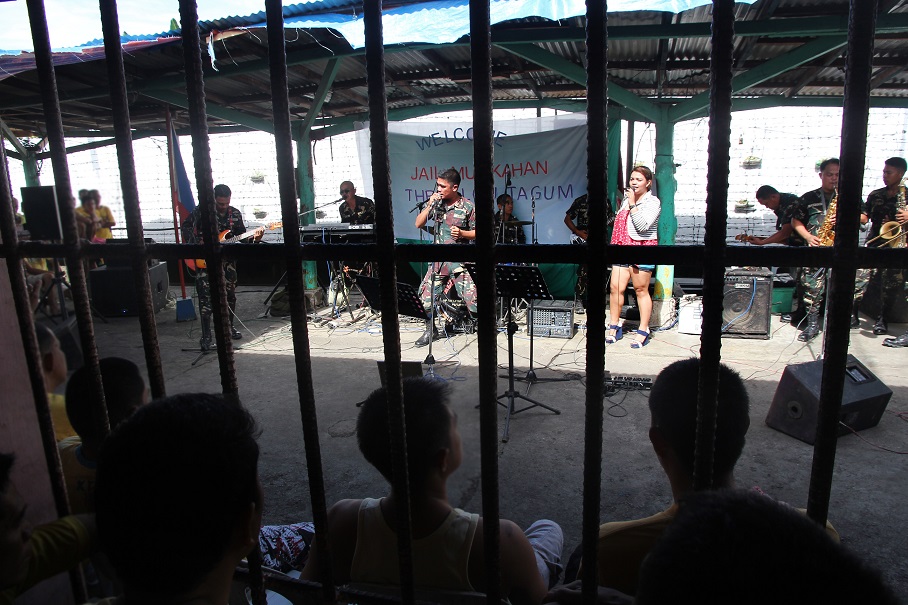 The 10th Infantry (Agila) Division Combo entertained the inmates of the Davao del Norte District Jail during the outreach performances of the Musikahan Festival in Tagum City. Photo by Leo Timogan of CIO Tagum

An hour of pure singing and some dancing lightened the mood among the audience, most notably in the jail and the home for the aged.
The outreach performances are part of the long list of activities scheduled for the Musikahan Festival which is now on its 13th year. | Louie Lapat of CIO Tagum