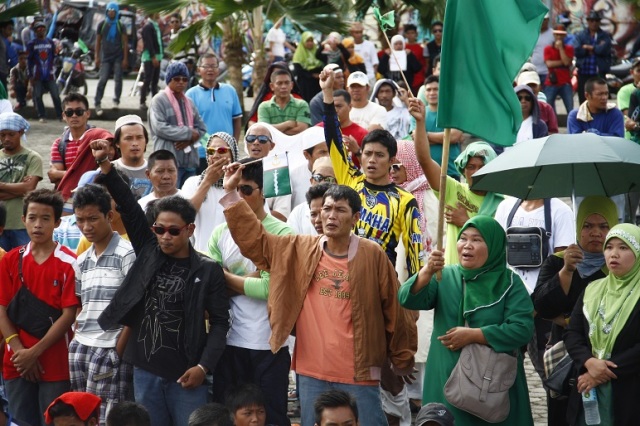 Muslims in Davao del Norte and Compostela Valley gathered in the city’s Rotary Park grounds to show support to the signing of the Comprehensive Agreement on the Bangsamoro in Malacañang between the national government and the Moro Islamic Liberation Front, citing that such document will pave the way for “total peace” in Mindanao.

At least 300 Muslims showed their support by holding a rally in support to the historic peace deal that aims to bring stable peace in Mindanao.

Rasad Sawat of the Bangsamoro Regional Institute Development Office said the signing is recognition of their “legitimate call to be a part of good governance and be a contributor to genuine peace in Mindanao.”

Both leaders said this will pave way for “total peace in Mindanao,” bringing in a surge of development in an area that has long been suffering in insurgency and conflict.

The Bangsamoro region will replace the Autonomous Region in Muslim Mindanao once the Bangsamoro Basic Law is passed by Congress and ratified by the constituents in a plebiscite.