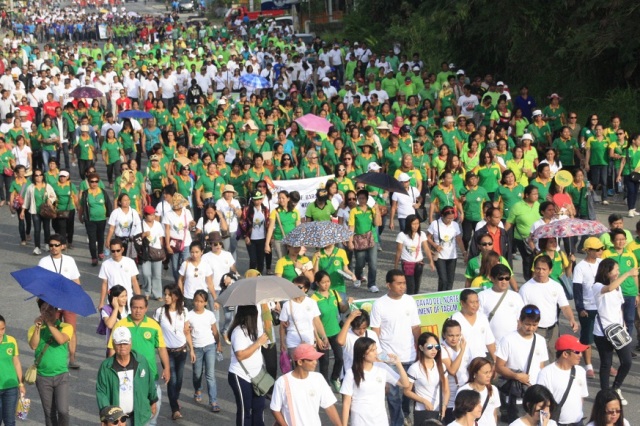 TAGUM CITY, Davao del Norte – It all started with a mammoth civic and military parade in the morning and ended with a grand 15-minute fireworks display, with thousands of people from all walks of life convening at the New City Hall for the whole-day revelries in celebration of Tagum’s 16th year as a component city last March 7, 2013.

This was how Tagumeños marked the so-called “birthday” of the city, which was declared as a special non-working holiday through President Benigno S. Aquino III’s Presidential Proclamation No. 719 series of 2004. 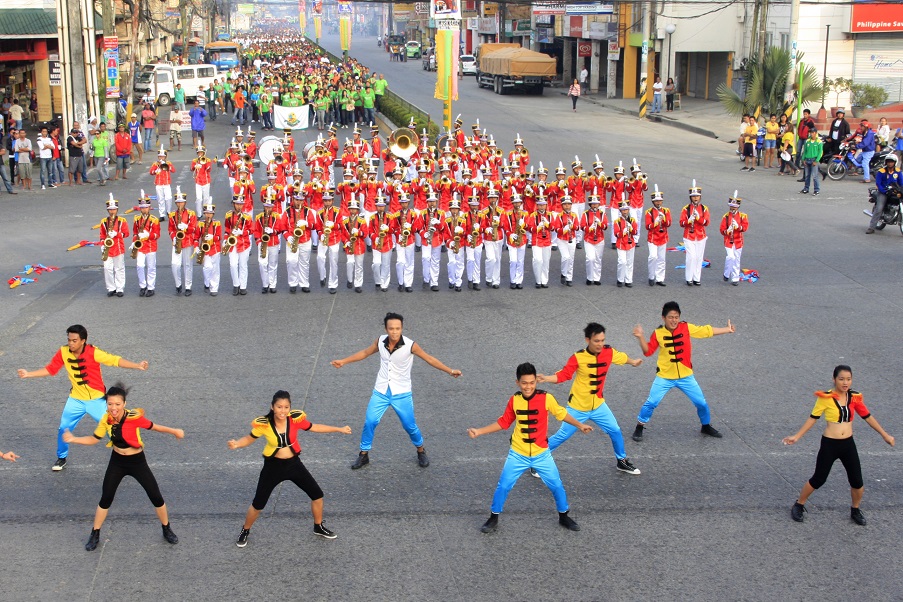 Hundreds of contingents with thousands of participants from government offices, banking institutions, civic society organizations, academe, barangay functionaries and men in uniform participated in an early morning civic and military parade along the city’s major thoroughfares leading to the New City Hall of Tagum, the site of major activities for the 16th founding anniversary of the city.
GIVING RECOGNITION

Agriculture Secretary Proceso J. Alcala, the guest of honor in this year’s festivities, lauded the city’s development and rallied behind Tagumeños on their journey towards further success. Earlier in the day, the visiting cabinet member made rounds in the city’s rural barangays to turn over and inspect his department’s programs and projects in the city.

In the late afternoon, the city government rolled out the red carpet for former elected and appointed officials of Magugpo (the city’s former name until 1948) and Tagum through a solemn tribute to their contribution in the progress of Tagum.

In the same ceremony, outstanding Tagumeños were also recognized including Pastour Emata, one of first Filipinos to summit Mt. Everest, who was awarded with the Lifetime Achievement Award. The Top 10 Individual and Corporate Taxpayers of the city were also recognized by the city government in the same night.
Also highlighting the whole-day festivities are the different sets of variety and entertainment shows featuring artists from ABS-CBN and talents from Tagum City, most notably the champions of the respective events contested during the Musikahan Festival.

The Araw ng Tagum is part of the trio celebration, which also consists of the 13th Musikahan Festival and the Tagumeño Bisag Asa, the premiere balikbayan program introduced this year. The latter sets the mood of a grand homecoming celebration for Tagumeños from the different parts of the world, where about 48 balikbayans went home to take part in Tagum’s celebration. 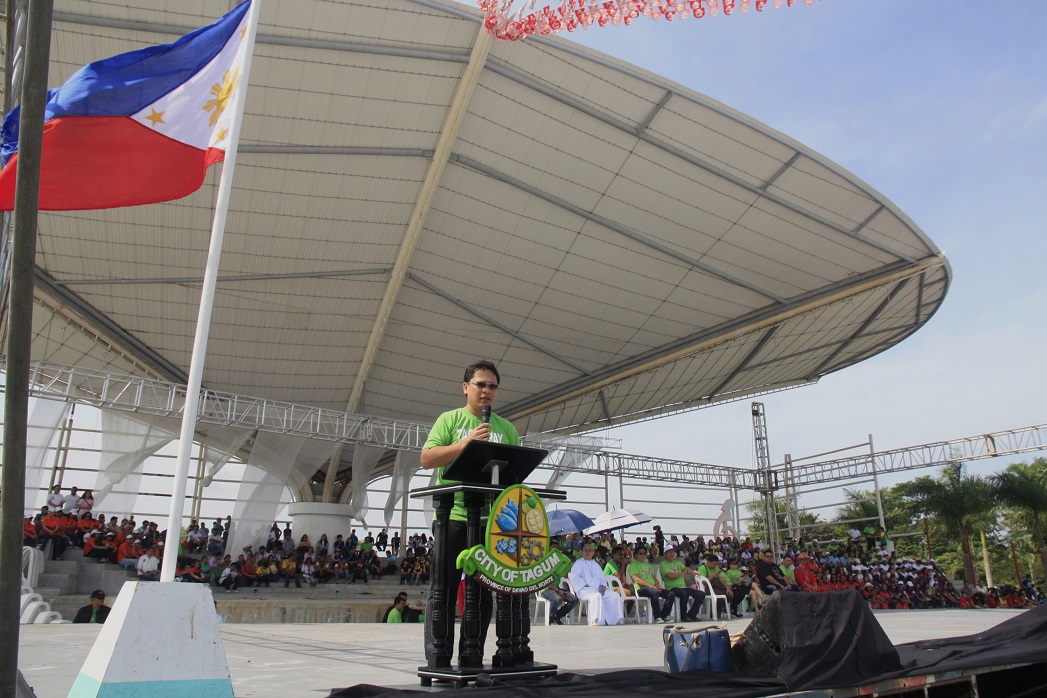 Tagum City has indeed come a long way though being young at age, observers noted.

Congressman Baltazar Sator sponsored House Bill No.7509 in the House of Representatives that paved the way to the enactment Republic Act 8472 entitled “An Act converting the Municipality of Tagum into a City, to be known as the City of Tagum” which was passed in the Senate through the sponsorship of Hon. Senator Vicente Sotto III.

On January 30, 1998, the said Republic Act was signed into law by His Excellency Fidel V. Ramos and was ratified through a plebiscite on March 7, 1998. | Louie Lapat of CIO Tagum