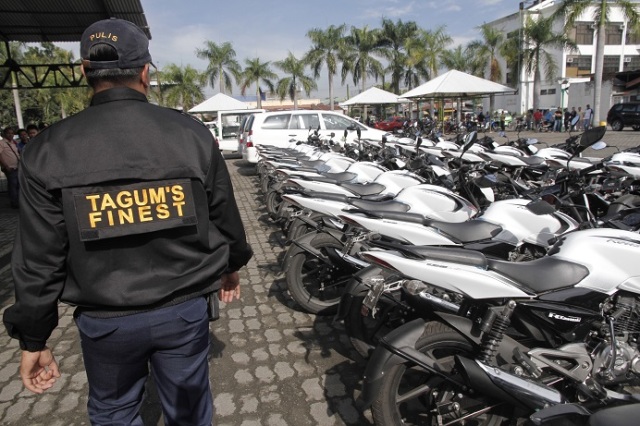 TAGUM CITY—An increased police visibility is expected to strengthen the convergence of the local government and the Tagum City Police Office towards the deterrence of petty crimes in the city.

This was made possible with the acquisition of 30 new rouser motorcycles that will be used by the organic team of the Special Task Group Tagum’s Finest, a composite team of policemen, security and traffic management officers that is tasked to rove around the city 24/7.

The local government under the leadership of Mayor Allan L. Rellon allocated funds for the acquisition of such vehicles, which he expects to help boost his administration’s drive against criminalities in the city.

Three teams are expected to patrol in vital areas of the city in two shifts, from 8 AM to 8 PM and 8 PM until 8 AM, for the enforcement of national and local laws, according to Mayor Rellon.

He challenged the members of the Tagum’s Finest to be alert at all times in order for them to secure the general populace of the city. He, however, said that the general public should also take an active role in the prevention of crimes by being vigilant and mindful of the suspecting things happening in their respective environs.

The local chief executive also counted on the barangay tanods and barangay peacekeepers to advance his administration’s agenda on peace and security down to the grassroots level. 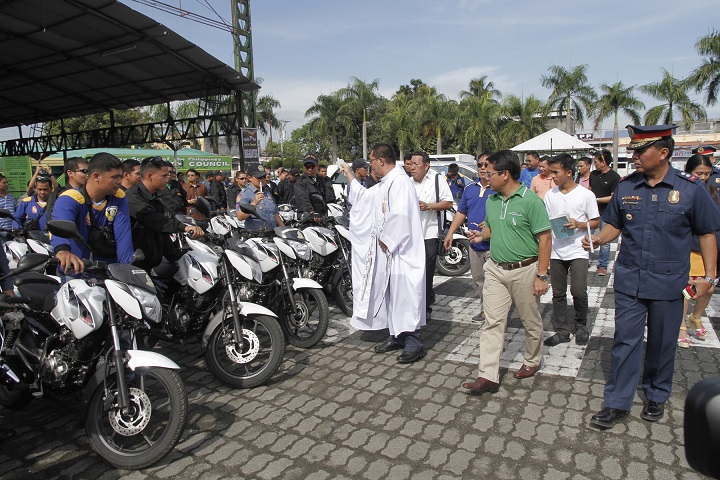 This is considered to be among the loudest advocacies of Mayor Rellon under his EAGLE WINGS Program.

On the other hand, a brand new patrol car was also given to the local police office along with a service car for Chief of Police Solomon de Castilla.

Meanwhile, the first batch of new service vehicles for city councilors was also blessed during the said occasion. | Louie Lapat of CIO Tagum