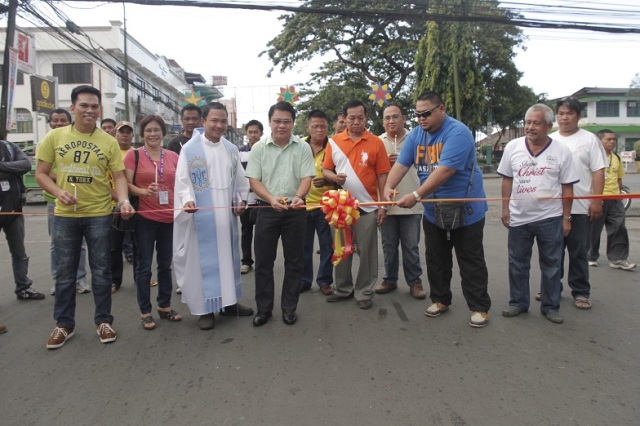 Tagumeños will fully enjoy a smooth ride in the city’s major thoroughfares as the local government embarked on road improvement projects through asphalt overlaying of major roads.

Recently, Mayor Allan L. Rellon joined the personnel of the City Engineer’s Office and ABC President Prospero Estabillo, Jr. during the inspection and blessing of the city’s road improvement projects in Dominggo Village, Senangote Village and Osmeña, Quezon and Quirante II Streets, respectively, which carries a budget to the tune of 2,500,000 pesos.

He said that his team is currently working on the asphalt overlaying in 42 roads, conducted primarily through his office’s initiative and through the requests of barangay captains.

Aside from road improvement, the City Engineering Office is also working on the rehabilitation and culvert lining of drainage.

This is still part of the comprehensive agenda on infrastructure of the local chief executive stipulated under his EAGLE WINGS Program. | Gleiza Delgado of CIO Tagum. Photo by Leo Timogan of CIO Tagum