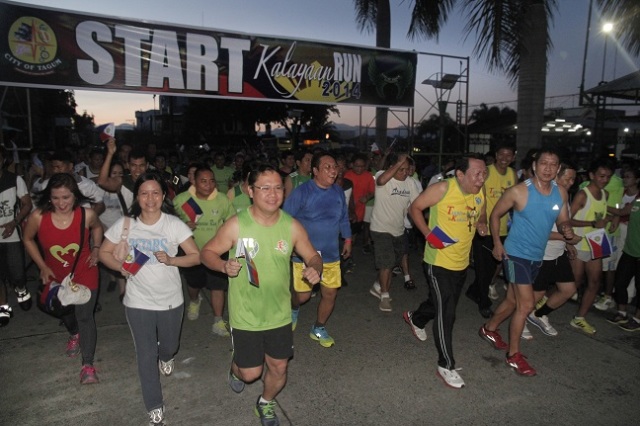 TAGUM CITY—Tagumenyos had a unique way of celebrating the 116th anniversary of the declaration of Philippine Independence: going out to the streets and participating in the first-ever Kalayaan Run organized by the City Government of Tagum. 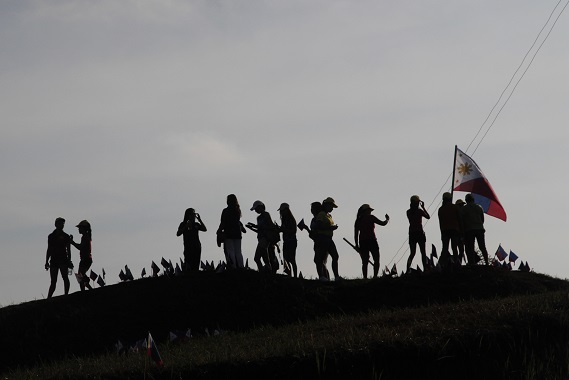 Thousands of runners composed of students, teachers, government employees and city officials, men in uniform, people from the business sector, running enthusiasts and ordinary Tagumenyos participated in the fun run, never minding if it meant waking up early in the morning just to join the activity.

Flag-carrying runners ran a distance of three kilometers from the city’s Freedom Park all the way to the New City Hall in JV Ayala Avenue, where a short program was held in commemoration of the declaration of the Philippine Independence. 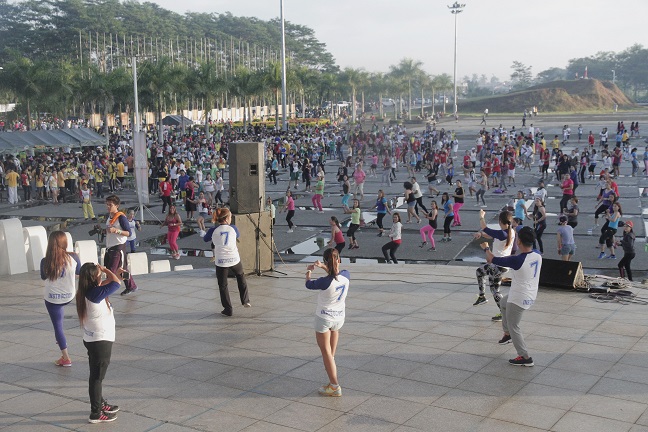 A zumba session was also held in the new city hall grounds, led by the zumba instructors of Power 7 Dance Studio.

Organizers claimed this is a unique way of celebrating the nation’s day of freedom, while also advocating for healthy living and making jogging and walking as a way of life for Tagumenyos.

Leading the pack of Kalayaan runners was Mayor Allan L. Rellon, who is a proud advocate of fun runs in the city.

Serving as Guest Speaker during the city’s commemoration activities for 116th Philippine Independence Day was Major General Ariel Bernardo, AFP of the 10th Infantry (AGILA) Division who underscored the bravery and sacrifice of Filipinos who fought for freedom, as well as challenging those present to live up to the call of modern-day heroism. 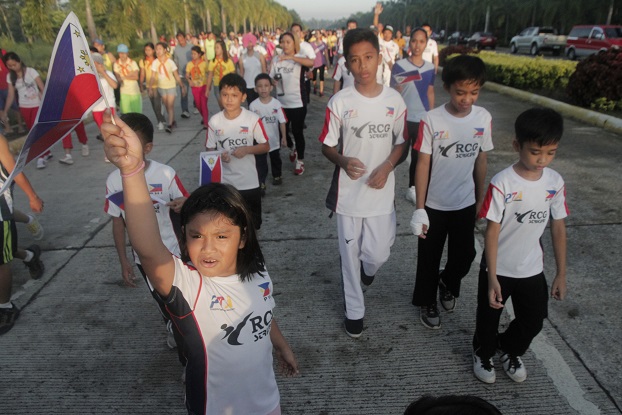 Highlighting the city’s celebration was the putting of flags by the participants in a hill on the left side of the iconic new city hall of Tagum.

Awards were also rolled out during the event, where the Department of Education, Tagum City Division delegation was declared as the Biggest Delegation; Tagum City Trade School as the Most Colorful Delegation, and Tagum City Taekwando Club as the Delegation with the Coolest Jersey. | Louie Lapat of CIO Tagum