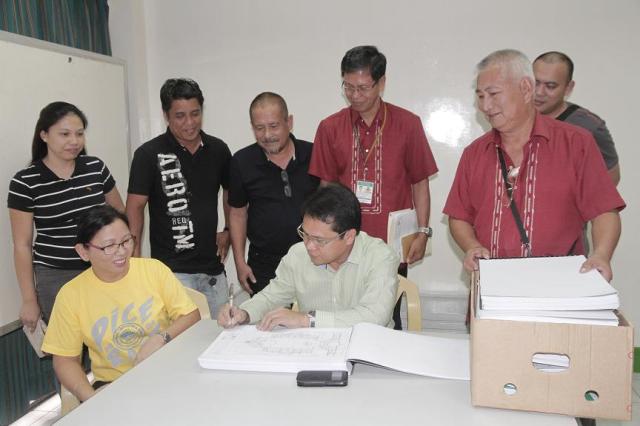 TAGUM CITY—Tagumenyos can expect to see a functioning state-of-the-art city hall within the second quarter of year 2015 once the bidding of the local government’s biggest contract-based project to finish the construction of the city’s highly-anticipated governance center will start soon.

This developed as Mayor Allan L. Rellon, along with the members of the technical working group, personally submitted the approved plan and the project specification manual and its cost estimates to the Bids and Awards Committee (BAC) Secretariat last July 2, 2014.

The final phase of the construction will be on a turn-key basis, where a private construction firm which will win the rights to carry out the project through a public bidding will finish the construction of the new city hall within the ten-month construction period as estimated by the technical working group. 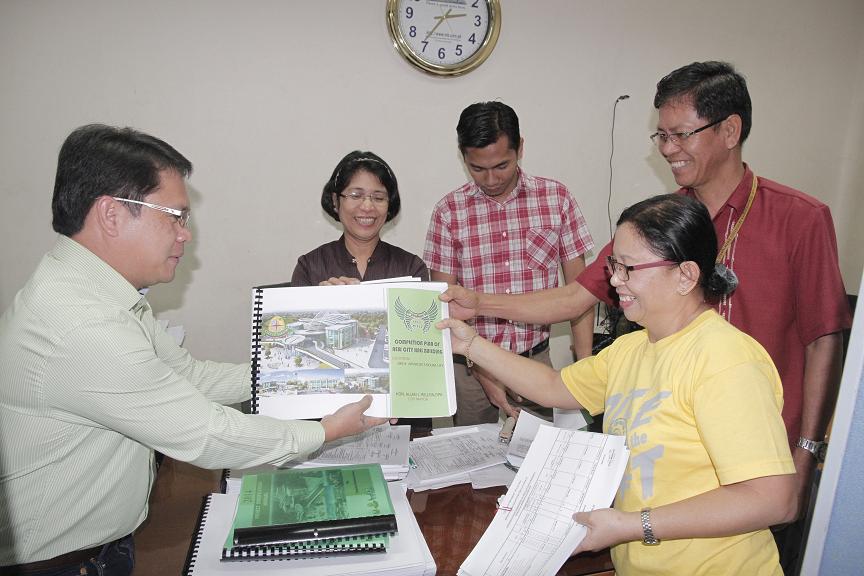 Under a turn-key scheme, the winning firm will finance the project within the agreed timeframe and budget, and shall only be paid after the official turnover and acceptance by the local government.

This will be the first time for the city government to use this scheme for a project of this magnitude, as previous projects in the past are done solely by administration including the initial phase of the new city hall’s construction.

Newly-appointed Bids and Awards Committee (BAC) Secretariat Head Nenita C. Noel said the public bidding will commence after her office will convene the Pre-Procurement Bidding Conference with key officials and observers from the Commission on Audit and representatives from non-government organization in order to ensure transparency.

The remaining phase to complete the city hall will be funded through the still unutilized 200 million pesos loaned by city government from the Development Bank of the Philippines years ago, according to Engr. Judelyn Ferido who heads the Technical Working Group (TWG) organized by Mayor Rellon to undertake pre-engineering works.

But Engineer Ferido added that their project cost estimates did not reach the 200-million mark, thereby adding to hopes that the modern government center will really be finished midway next year.

The remaining amount of the budget will be utilized for the procurement of additional office equipment, she added.

In their estimates, the remaining phase of the construction will be finished within 308 calendar days.

This development came as Mayor Rellon observes his first year in office, who’s been very vocal to properly utilize the funds intended to finish the construction of the new city hall which is touted by many as one of the best and modern government centers in Mindanao, if not in the whole country.

Since assuming the city’s highest office, Mayor Rellon resolves to make this a topmost priority, tagging it the “mother of all infrastructure projects of the city.”

In realizing so, he issued Executive Order No. 24, s. 2014 which created an advisory committee and technical working group which aims to ensure the proper utilization of available funds and available project resources for the completion of the new city hall.

To achieve transparency, the said Executive Order enjoined the participation of representatives of DBP and COA who sits as observers to the advisory committee.

A six-month rigorous audit and project assessment was done by the TWG and finished it on June 30 this year, before they submitted all necessary documents to the BAC Secretariat last July 2.

Among the documents they submitted is the approved floor plan and the project specification manual where details on architectural, plumbing, mechanical, fire protection system, elevator system and electricity needs are listed.

The spanking New City Hall of Tagum sits in a sprawling site donated by the Ayala Family in Barangay Apokon where once completed, the edifice will become the hub of the city government’s administrative functions which shall provide not only a conducive space for every department to discharge its duties and functions efficiently and effectively but also convenience and pride of taxpayers and the Tagumenyo public in general.  | Louie Lapat of CIO Tagum